The Indian actress in Hollywood, Freida Pinto is dating. Who is her boyfriend? 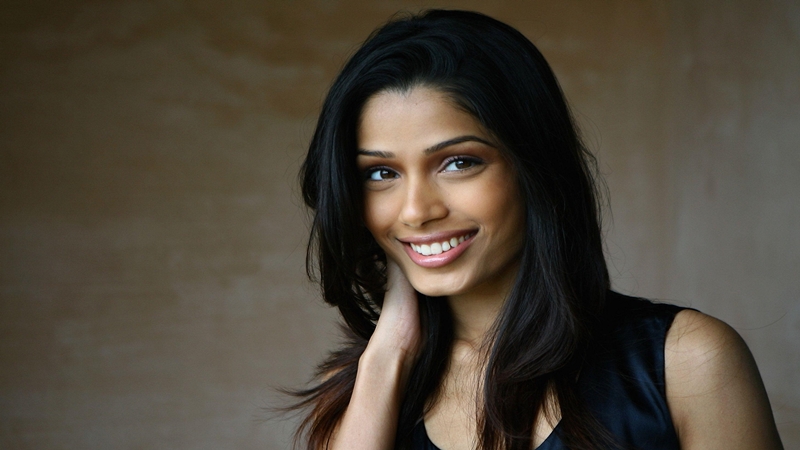 Freida Pinto is a well-known actress and a model. She has appeared in American and British movies, but she is originally from India. Born and raised in Mumbai, India she dreamt of becoming an actress since childhood.

Freida Pinto is living the 32nd year of her life now. She came to the limelight after starring in Danny Boyle ’s movie “Slumdog Millionaire” in 2008. Before that, she was involved in media as a television presenter and also a model. She also has been involved in social works.

The beautiful actress is called “Fro” by her family and friends. Cool huh! Well, cooler is her life. Let’s dig in to find more.

Know about her boyfriend and relationship in the past!

The world is well known about the romantic relationship shared by Freida Pinto with the “Slumdog Millionaire” co-star Dev Patel. They were in the relationship from 2009 to 2014. Yes, six years long.

The reason behind the break up is quite unusual. Freida Pinto broke up with Dev Patel after she realized she was seeking for self-love and respect in spite of gaining fame, happy love life and also an excellent career. Therefore realization for self-actualization was the reason for the breakup. However, Freida and Dev are still best of friends. She shared the friendship in Instagram as well.

So proud of you, Dev! A fine example of what hardwork, focus, humility and crazy amazing talent rewards one with .Long time coming, so well deserved! @lionmov @theacademy #Oscars2017 #OscarNominations2017 #bestactorinasupportingrole

Before this, In 2007 Fro was engaged to Rohan Antao which came to an end in the year 2009 after the success of her debut movie  “Slumdog Millionaire.” They were in a relationship for six years (2003 to 2009).

Freida Pinto is dating again. Want to know who her boyfriend is?

Freida Pinto has managed to carve her name in gold in the field of cinema. But whose name did she carve in her heart? Well yes, Freida is in a new relationship. Many girls must be envious of their relationship. Why not, after all, she is dating a hunk. Trust me “a  hunk.” He is in the field of sports.

He is professional polo player Ronnie Bacardi. They first appeared as a couple in February 2016 at the Vanity Fair Oscar party. The couple split apart.

Pinto is dating her new boyfriend, Cory Tran since spring 2018.

You May Like; Nick Grimshaw Is Single After Splitting With Ex-Boyfriend Harry Styles: Hopes Still Alive?

The gorgeous actress, Freida Pinto was born on 18th  October 1984 in Mumbai, India. She was born to mother Sylvia Pinto who is a school principal and father Frederick Pinto who is a  senior bank branch manager. She also has an elder sister, Sharon Pinto who is a producer at Indian News Channel NDTV. Well, it looks like success is in her blood.

Freida was born and raised in India, but she hardly appears in Indian movies. Not many Indian actors enter Hollywood, but Freida Pinto took the unusual path and made a career in Hollywood also she has been able to set herself as a versatile actress.

Going through her love life, she is not married but is dating  Ronnie Bacardi, a professional polo player. There is no news of the couple getting married, but we do hope to get the news soon.