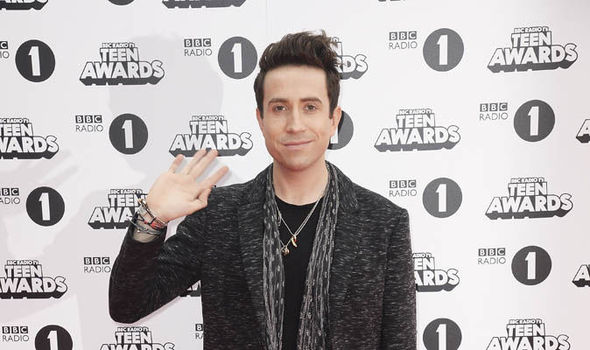 Nick Grimshaw, an English television actor as well as a radio presenter, is best known for hosting Radio 1 Breakfast Show and has also appeared as a judge in the twelfth series of The X Factor. He has even hosted a one-off panel show That Music Show on Channel 4 and various programs on BBC Radio 1.

Nick was fantasized about being Radio 1’s Breakfast DJ as a child, but now his dream is coming to an end as he left the slot after six complete years. He is far from disappointed about being moved to the Drivetime 4 pm to 7 pm slot at the end of May.

In fact, Nick even admitted that the second longest ever stint in the R1 breakfast job damaged his personal life and aged him.

Nick Grimshaw is Openly Gay: Who is His Boyfriend?

Nick Grimshaw is gay, which he publicly announced in the year 2012. He has made several appearances on movies, and television series but his personal life is kept far away from the media and public.  But is Nick Grimshaw dating someone?

Well, he was secretly dating a fashion designer named, Nicco Torrelli in the year 2013. The couple was spotted by the fans and media at the Glastonbury festival wearing same kind Hunter Wellington boots. After dating for nearly a year, Nick parted ways with him for some unknown reasons.

However, the relationship between them ended shortly after and now, Nick is single. He says he is hoping to find a new boyfriend now that he has left BBC Radio 1;s breakfast show.

Speaking to The Mirror about his search for the one, Nick said:

“I think I will have more time to put my life first.“I have committed to this show, especially the last year, and I have put my head down. But now I can go for dates with people and the new show will help.”

So, we hope Nick finds his Mr. Perfect very soon.

Nick Grimshaw Net worth and Sources of Income

Nick started his career by joining BBC Radio 1 in the year 2007. Soon after joining, he was hosting BBC’s youth strand Switch with DJ Annie Mac. He even hosted shows on the Channel 4, E4., BBC One, BC Two, and Channel 4 youth strand T4 for which he became famous.

Nick began presenting and hosting in BBC Three comedy panel Tv series Sweat the Small Stuff in the year 2013. Moreover, he was also a presenter on the television series Sound from the year 2007 to 2009 until the show ended.

Other than hosting, Nick was also a voice actor as he played in the television series Be Your Boss and EastEnders. Moreover, he also gave his voice to Brad in the UK version of the film Wreck-It Ralph in the year  2012. He also appeared on a few TV shows such as The Album Chart Show, 8 Out of 10 Cats, The Xtra Factor, Never Mind the Buzzcocks, and Children in Need.

But what’s the figure of Nick Grimshaw net worth?

The English television presenter Nick Grimshaw was born in the year 1984 in Manchester, England. He celebrates his birthday on 14th  August, which makes his age 34.

Nick is the son of Peter Grimshaw and Eileen Grimshaw. He grew up with his siblings named Andy Grimshaw and Jane Grimshaw in the city of Oldham. He had keen interest from a very young age in becoming an entertainer.

Nick attended the University of Liverpool to earn a degree in Communication and Media Studies. Unfortunately, he did not pass in his final year. He later graduated with a DipHE instead of a bachelor’s degree.

Nick belongs to white ethnicity. He has a tall height of 5 feet 10 inches.