Skip to content
Home » Entertainment » Eric Sollenberger AKA PFT Commenter is a Millionaire!

Eric Sollenberger AKA PFT Commenter is a Millionaire! 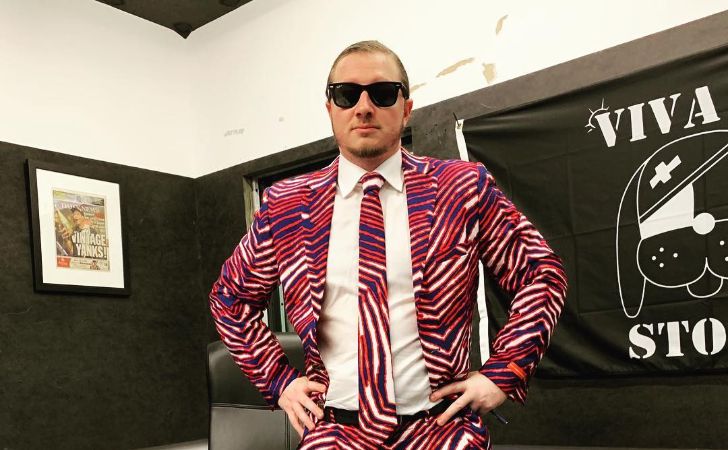 The only problem from getting massively successful in television is people recognizing you from your media character than your real identity. As DJ Khalid‘s studio album suggests, Suffering from Success, many fans know Eric Sollenberger as the Barstool’s PFT Commenter than his real name.

Sollenberger rose to fame from his fictional commenter as a sportswriter, who covers the National Football League and the American politics for Barstool Sports publications. So, today we bring you close to the net worth sources and personal life of the man behind PFT Commenter.

If it weren’t for his breakthrough as a PFT Commenter, the world would probably be unaware of Eric Sollenberger. Surprisingly, they were too as he remained anonymous as a satirical and pseudonymous sports personality until 2018.

Sollenberger built the media presence since 2012, but no fan ever knew the actual identity behind the character. Interestingly, it was Deadspin writer Laura Wagner who opened the curtains to his personality in an article. As expected, the sportswriter wasn’t very pleased.

Wagner revealed Sollenberger’s identity after she received harassment from Barstool President, Dave Portnoy. She criticized the media outlets for letting Sollenberger have the anonymity.

Eric Sollenberger: The Idea Behind a PFT Commenter

Eric Sollenberger and NBC succeeded in creating a unique character who demonstrates and impersonates the tone of worst site users. In fact, it is him who adds spice in the NFL blog and Pro Football Talk. With an alias of PFT Commenter, he mimics the macho posturing, racism, or hot takes.

All the readers identify his intriguing and satirical writing, including misspelling, erratic punctuation, homophobia, and conspirational anxiety. While many believe that poor writing is on purpose, he hit back at the critics with a strong statement.

Sollenberger hits back at critics

The idea and character became an instant hit with a new Twitter account named @PFTCommenter in 2012. Currently, he is the co-host of the Barstool Sports podcast, called Pardon My Take alongside Dan Katz. Previously, he also wrote for numerous sports sites like SBNation, Football Savages, and StrongTakes.com.

How Much is Eric Sollenberger’s Net Worth?

Eric Sollenberger, popular as PFT Commenter, remains an American hit sportswriter. The blogger with the amount of expertise and experience he gathered is a millionaire. Specifically, he owns a whopping net worth of $2 million as of 2020.

Thanks to such immense wealth, the writer enjoys a lavish lifestyle traveling around places.