How did Gil Garcetti Remain Married for Fifty Long Years? 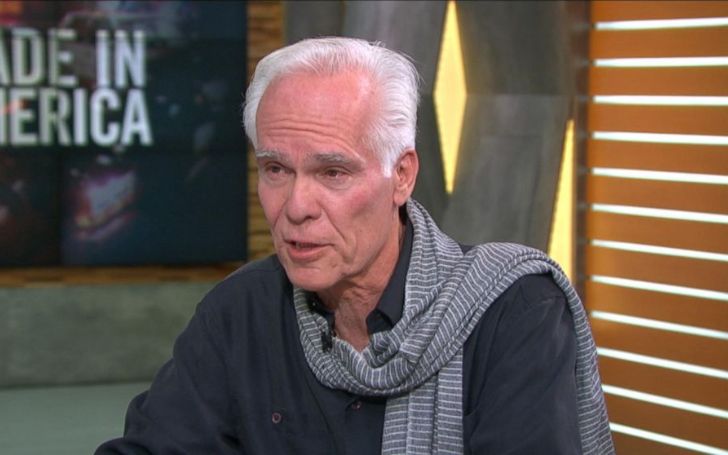 Politician Gil Garcetti is the proud father of current Los Angeles Mayor Eric Garcetti. Not only is he a politician but also a producer, a renowned photographer, and an influencer of pop culture.

Garcetti served the United States Office as the District Attorney not only once but twice. His son is now the Mayor of Los Angeles. The 78-year-old politician has been married for more than 50 years. Who is the lucky woman? Let’s find out who exchanged vows with Gil.

Married for Over Half-a-Century

Gil Garcetti is married to Sukey Roth Garcetti for over fifty years. That’s quite something. The duo walked down the aisle on 25 September 1963. They were studying at the University of California at the time. The couple is blessed with two children, Eric Garcetti, and Dana Garcetti.

His Children are in the Politics; Son is a Mayor

Eric Garcetti was born on February 4, 1971, in Los Angeles, California. Eric followed his father’s footsteps and is now a reputable politician. The 48-year-old actor is the Mayor of Los Angeles. He was appointed by the Office in 2013.

The six-foot-tall, Eric is also an actor making appearances in movies including End of Watch, The Closer, and Major Crimes.

Eric is married to Amy Elaine Wakeland since 2009. They have a daughter, Maya Juanita Garcetti. Political Strategist, Wakeland is also an advocate for child rights and remains busy with her campaigns and organizations.

Dana Garcetti was born in the year 1969 and she has also followed her father’s footsteps to politics. She became the Deputy District Attorney of the city of Los Angeles.

The Duke University School of Law graduate, Dana gained a lot of attention from the media when she followed her lifelong dream of becoming an acupuncturist. She made the decision after her pregnancy.

The OJ Simpson trial became the trial of the century. He was the primary suspect of the murder of his ex-wife, Nicole Brown Simpson, and Ron Goldman.

The murder took place on June 13, 1994, at around midnight right outside her house in Brentwood, Los Angeles. OJ denied to turn himself in which resulted in a low-speed pursuit. His friend, Al Cowlings was driving him in Ford Bronco SUV owned by Al.

The news gained so much media attention that the stations literally stopped the broadcast of NBA Finals to show the incident on television which resulted in more than 95 million people watching the pursuit and arrest of OJ Simpson.

It became one of the most famous incidents in America and Gil was one of the prominent figures during the whole incident. The overseer of the whole prosecution, Gil; however, became really sad when O.J. was released as not guilty. This was a big failure for Gil among many other cases which involved high profile celebrities like Michael Jackson and Lyle Menendez.

No arrests have been made regarding the case and the case remains unsolved till date. A television show is based on this incident called The People Vs. O.J. Simpson.

Gil is a notable politician as he was the District Attorney not once but twice; however, law and politics are not where the LA-native’ heart lies. He is a passionate photographer.

Specializing in Urban photography, Gil always carries a camera around. He carried a camera with him even when he was working as the District Attorney. As soon as he left the office, he took out his camera and let his creative side work.