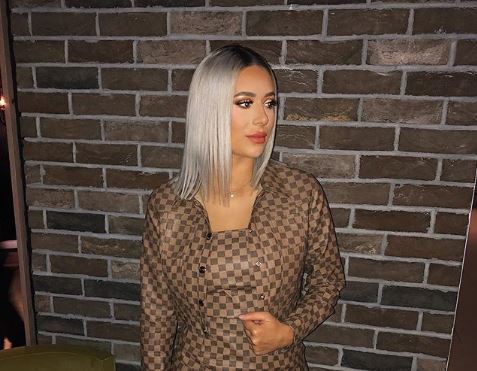 A brand new addition to The Only Way Is Essex!

TOWIE new girl Demi Sims is set to become the first bi-sexual cast member of the show in a landmark storyline. She will appear in the next series of TOWIE, which will air on ITVBe in February.

Demi had made an appearance on the show back in 2014 during an episode in the 12th season. She joined Towie this year on 11 November during the finale of the show.

Are you ready to see Demi have a female love interest in a Towie next season? Besides, who is Demi Sims, a girlfriend or boyfriend? Let’s learn the details about Demi Sims wiki facts, bio, age, parents, sister, girlfriend, boyfriend, and height.

Demi is openly bisexual. During her recent appearance on Towie, she told pals Bobby Norris and Pete Wicks she was single and looking for both men and women. Though Demi is single, she is keeping an eye out to have the first lesbian relationship on TOWIE.

Demi used to keep her past relationships a secret. She would gush about her relationship with only friends and close relatives knowing the truth about her sexuality. She recently admitted to harboring a crush on Lauren Pope. Demi told:

“She’s really hot.” “As for the boys I’ve grown up with them, so they probably see me as more like a little sister.”

A TV source said to The Sun:

“As she said, she’s single but looking at what’s out there. They want to try and set her up on the show.” “She goes full time in the show from February when they start filming again.”

Demi previously had two relationships. She dated a boyfriend when she was 16, and at the age of 19, she dated a girlfriend. But she didn’t reveal the name of her ex-partners. Hopefully, Demi will find a new love on TOWIE next season.

Demi Sims is the younger sister of TOWIE’s Chloe Sims. She also has a younger brother, whose name is Charlie Sims and another sister named Frankie Sims. She was born to father Tony Sims, but nothing has been revealed about her mother’s identity. Moreover, Demi and Chloe are half-siblings.

Information about Demi’s parents, family, and date of birth are still confined. However, her current age is 22 that suggests to us that she was born in the year 1996. She is the cousin of Joey and Frankie Essex.

Demi works as a make-up artist and brand ambassador. She often showcases her work on her Instagram page with the handle @demsims.

Her brother, Charlie appeared on TOWIE from 2013 to 2015. He was dating Ferne McCann at the time.

Demi has an average height. Her height measures 5 feet 7 inches.