Lisa Origliasso Tied The Knot Officially!! A Glimpse Of Her Wedding Details! 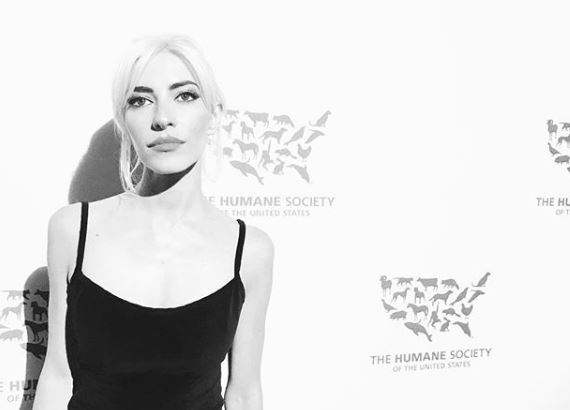 Born and raised in Albany Creek, Queensland, Lisa Origliasso is an Australian singer-songwriter. She rose to fame when she and her twin sister, Jessica Origliasso, formed the pop duo The Veronicas.  She even had a small career in acting prior to The Veronicas. In the children’s television series Cybergirl, she appeared as Sapphire Buxton alongside her sister, Jessica.

Aiming at girls aged 7 to 14, Lisa even co-designed a fashion line with her twin sister, called The Veronicas for Target. The twin sisters were also honored as Wildlife Warriors of the year in 2010.

One half of The Veronicas, Lisa married her longtime partner earlier this month. And, guess what? She has been giving her fans an intimate, behind-the-scenes look at her stunning wedding on Instagram. She couldn’t even stop herself from flaunting the details of her wedding dress, created by Australian designer J’Aton Couture.

You must be eager to know who Lisa Origliasso husband is. Also, learn the details of Lisa Origliasso wedding ceremony. Today, we’ll be taking an in-depth sight of Lisa Origiliasso wiki facts, bio, age, parents, sister, height, husband, and wedding.

Lisa Origliasso is currently rejoicing her newly married life with her husband. She married the man of her dreams, American actor Logan Huffman at the Secrets on the Lake resort in Queensland.

They got married over the first weekend of November, Origliasso wearing a wedding dress that was inspired by both her “French and Italian ancestries. The ceremony was quite an unconventional affair, officiated by a “high priestess.” The groom even carved a marriage contract into oak. Origliasso told about her wedding dress:

“For my wedding dress I wanted to embody the romance period of the Victorian era, yet still have the forward graces of the ’30s and ’40s.”

“We loved the idea of my waist being the focus and decided we wanted the dress to have a shape that was timeless and structured without embellishments.”

Her sister, Jessica, was a bridesmaid at the wedding. She recited a beautiful Hindi prayer to Ganesh to bless their marriage. According to Hinduism, God Ganesh is the remover of all obstacles.

I would like to share some of the more intimate details of Lisa and my ceremony. It embodied several spiritual practices we hold dear to our hearts. An integral part of our pre- ceremony above all else, was to show respect to the rightful owners of the land on which we wed. Wiruungga Dunggiirr from the Numba Gumbaynggiirr nation bestowed us with blessings and protection. It was truly the highest honor. The ceremony was lead by our high priestess, Sonnie McAuley Who spoke of the similarities between Christ and Buddha. And the providence of their love. Lisa’s brother Julian Origliasso lit a white candle for those who could not be with us. And in honor of their family tradition, read a Roman Catholic prayer. It was a beautiful start to our ceremony. Then my triplet mate, Noelle Huffman read one of Lisa and I’s favorite Shinto love tales- The Wind in the pine tree. Next my best man and triplet brother, Lucas Huffman read an Apache marriage blessing. In honor of the people of The Americas. Lisa’s twin sister Jessica Origliasso recited a beautiful Hindi prayer to Ganesh- the remover of all obstacles, to bless our marriage. Next our high priestess spoke of the importance of mothers exemplified in the miracle at Canna. Lisa and I recited our hand written vows to each other. Followed by the Ancient Germanic signing of the contact- in Runic writing of the Elder Futhark- which I had carved out of a stump of California costal oak. My advice to any lovers is to make your wedding day your own. There is no wrong way to love or worship. As long as it comes from the heart.

Lisa’s husband, Huffman shared a lengthy Instagram post in which he gave fans a lot more detail about the wedding. He even advised lovers to make their wedding their own. He suggested:

“My advice to any lovers is to make your wedding day your own. There is no wrong way to love or worship. As long as it comes from the heart.”

Lisa and Huffman have been dating since 2014. The American actor had proposed to his girlfriend in late 2016.

Lisa Origliasso was born in 1984 in Albany Creek, Queensland, Australia. She celebrates her birthday on 25 December, which makes her age 33.

Lisa was born to Italian-Australian parents, Joseph, and Colleen Origliasso. She is the youngest among three siblings. Her twin sister, Jessica was born one minute before her. Her older brother Julian is a music manager who manages The Veronicas.