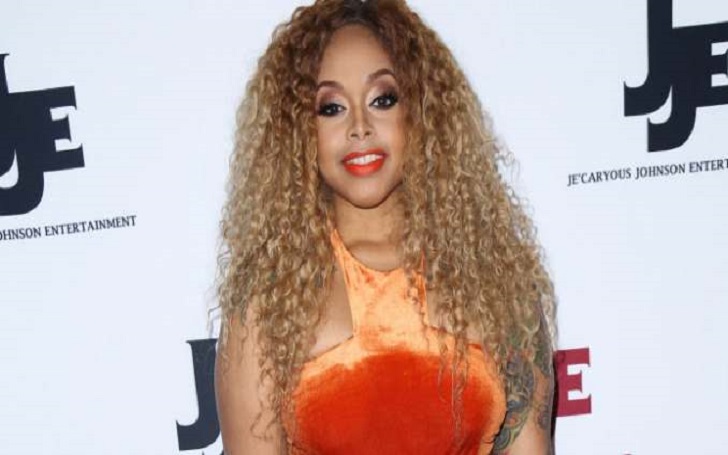 Even if we don’t even touch politics, it will still breathe down our necks. Being a mother institution, it affects us all. But the dogmatism regarding politics should always have a definite magnitude, and it should not be made as an issue in a person’s private life. Stay entertain and scroll this information to know Chrisette Michele net worth and her dating story in depth.

The consequences can be frightening and life-taking. American R&B and soul singer-songwriter, Chrisette Michele had to face similar consequences. Luckily and bless her heart, she opted to share her feelings through Instagram rather than taking some unfortunate steps. What did she write? What happened after her performance in Trump Inauguration? Read along with her wiki-bio and relationship status.

After her performance in Trump’s Inauguration, the entire black committee came for her head. They were furious at her just because she performed at the Inauguration of a white-capitalist president. Inevitably, Chrisette felt terrible after being abandoned by her own committee and full of hatred message on social media.

In an open letter written on Instagram. She confessed that she had a miscarriage and was also dropped by her record company. Her letter also includes about facing suicidal thoughts and how she overcame it.

You don’t have to be a celebrity to fail, to fight, to struggle. Pain is universal… I went into the gym and trained like a body builder to try and push past the pain I was feeling. I’d run up hill and lift weights heavier then strong men. I’d cry my way thru workouts. My trainer would cheer me up. God bless him. I pushed so hard and ate so much protein, I scarfed away my hurt. My old habits of binge eating disorder began to show themselves. Drinking maybe nothing but water for a day after a day of heavy intake. My trainer didn’t know it but he was feeding the demon that covered up hurt with food. I had a long cycle. Something came out of me. It was my child. The one my love and I worked so hard on. I never knew I could allow myself to be so broken that my physical body would break down. A miscarriage? Me? This experience of a broken nation showed itself in my own physical body. That was when I knew I had to pull it together. Heal, Forgive. Just because I had a negative experience didn’t mean I had to become negative and broken. When I lost my child I knew that it was time for me to become a #StrongBlackWoman

People ask me how I’m so positive after all I’ve been thru….. When you’re laying in bed naked, next to a bottle of Bacardi and Xanex. When you wear pajamas Morning and night. When you don’t pick up the phone for weeks, months. When you’re afraid to look at social media. I know I’ve sown positive seeds. I know I’ve lifted people. I know I’ve been a part of community activations and black empowerment. When a community sticks its middle finger up at you and completely forgets everything you’ve ever done, you’re worthless… You’ve just spent ten years kicking your own ass to be there for everyone and suddenly no one is there for you? I don’t need to be here…. And when you’ve drank so much you can’t see clearly. And when your speech is so slurred you just stop speaking. You hope you don’t wake up. Thing is. I know God. He was kind enough to soften the blow. I promise you, I felt Him cover me like a blanket. I told Him I was out of control. I told Him I was having thoughts about leaving and not finishing all He’s called me to. He listened. There in lied my therapy. Music was written in this prayer closet of sorts. Dialogue with God. Call me crazy, but it’s better than being dead. There’s no one who will make me apologize for shouting from the roof tops that I have the overcoming story of a powerful and #StrongBlackWoman

My love was so supportive during this time. “Strong Black Woman” is not just about powerful black women, it’s about the incredible men who support them. My man saw my anxiety and gifted me with a 200 hour yoga course in New York City. I knew it was important for me to be kinder to my body, my self image and my heart. A miscarriage, suicidal thoughts, bingeing and physical overload was taking a toll. Yoga. I was the only black girl. The only curvy girl. But we were one. I was still, a lot. I listened a lot. I studied a lot. I wondered if Christians understood these yogic concepts. Could I be Christian and a yogi at the same time? I lived for the philosophy that I could live a life with out being attached to outcomes. I didn’t have to own what people called me. I could experience life from an enlightened and loving place. I could hear what people were saying but I didn’t have to own it. I could empathize with out being a victim. With every asana and meditation I found my new focus. It was love. It was understanding. It was Peace. I could be the catalyst for peace because I now have a deep understanding for what the exact opposite of peace looks like. Sometimes there’s a re-birth happening. Sometimes, in the least likely circumstances we are being groomed for the next best version of ourselves. Not only can I now stand on my head, I can stand tall on my own two feet. I was being groomed to become a powerful and #StrongBlackWoman #Namaste

Caption: That’s horrible but Kudos to Chrisette, we salute her courage.

In 2007, when Chrisette was signed to Island Def Jam Records, she sued Doug and his company, Four Kings Productions, claiming that he pilfered money from her contract. She later dropped that suit.As Vibe reported in 2010, Ellison’s company also sued Michele and Def Jam for $20 million, claiming that she illegally breached the contract with Four Kings.

But that was past and Chrisette and her ex-boyfriend at one period are now engaged. As per the reports, Chrisette is planning to marry her fiance and turn him into her husband.

Chrisette was also dating Rick Ross at one stage after her breakup with Doug back in 2008. Her dating with Rick could not last long, and they broke up for an unpublished reason.

Michelle’s debut album, I Am, was released on June 18, 2007. From May-July 2008, she went on a nationwide co-headlining tour with fellow soul singer Raheem DeVaughn. Chrisette began recording for her second album, Epiphany in mid-200. She released it on May 5, 2009, the album debuted at number one on the Billboard 200. She had a Grammy nomination for the lead single, “If I Have My Way,” and bagged the Grammy for ‘Best Urban/Alternative Performance’ for her single, “Be OK.” in 2009.  On November 30, 2010, Chrisette released her third studio album, Let Freedom Reig.

Chrisette Michele’s net worth and salary