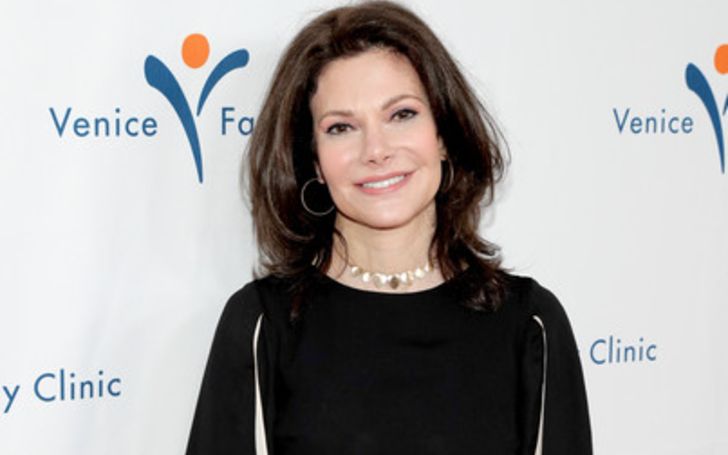 Known for her versatile ability to adapt in various roles, Laura Kightlinger became quite successful as an actress. In addition, she even ventured in comedy, production, and writing as well.

Well, speaking about comedy, Laura Kightlinger was in a long time relationship with a very popular comedian. If so who was that special someone of her? What stopped the pair from tying the knot? Get the exclusive information below.

Laura Kightlinger Had A Famous American Comedian Fiance; Is She Dating anyone at the moment?

Talking on Laura Kightlinger’s personal life, she was in a serious relationship with American actor, comedian, and producer Jack Black. Black is a renowned name in the entertainment world known for hit movies such as High Fidelity (2000), School of Rock (2003), Kung Fu Panda Franchise, Jumanji (2017) and many others.

Laura and Jack began their lovey-dovey relationship in 1997 and it continued for many years.  In fact, they even became engaged and what looked like an eventual marriage between the two. Unfortunately, it did not go that way and after eight years of romance, the couple parted their ways in 2005.

Following the breakup, the female writer is single at the moment and there are no rumors of her being with anyone. On the other hand, her former fiance Jack is a married man. The Gulliver’s Travels star walked down the aisle with his High school classmate Tanya Haden on March 14, 2006.

Apart from that, Laura is active on social media but only on Twitter. Moreover, she does not share anything related to personal life on it. It seems she prefers to live a low key life away from public eyes.

How Much Is Laura Kightlinger’s Net Worth?

Laura Kightlinger has an estimated net worth of $100 Thousand. She amassed her wealth through her professional career in acting, producing, and writing.

The charming actress is an author as well who published two books to date. Her books Quick Shots of False Hope: A Rejection Collection and Mr. Potato Head across America cost $24.95 and $2.99 respectively on Amazon.

The veteran actress even played in several movies and television series which became critically acclaimed among the audiences. For instance, her 2003 movie Daddy Day Care became a box office sensation grossing over $164 million against the production budget of $60 million. The family comedy film stars some of the legends of the industries like Eddie Murphy, Jeff Garlin, Steve Zahn, and Anjelica Huston.

On the same manner, she played one of the lead characters in Anchorman: The Legend of Ron Burgundy. The comedy film released in 2004 with a production budget of $26 million grossed more than $90 million worldwide. In the movie, she featured alongside, Will Ferrell, Paul Rudd, Steve Carell, and Christina Applegate.

The Shallow Hal (2001) actress portrays one of the lead characters, Frances, in the hit sitcom Take My Wife. It premiered its second season last year and we hope to receive a new one this year. She surely received good amount playing in those hit movies and television series.

When and where was Laura Kightlinger born?

What is Laura Kightlinger’s nationality?

What ethnicity does Laura Kightlinger belong to?

Where did Laura Kightlinger receive her education?

What color of eyes does Laura Kightlinger possess?

Which color is Laura Kightlinger’s hair?

How tall is Laura Kightlinger?

How old is Laura Kightlinger?