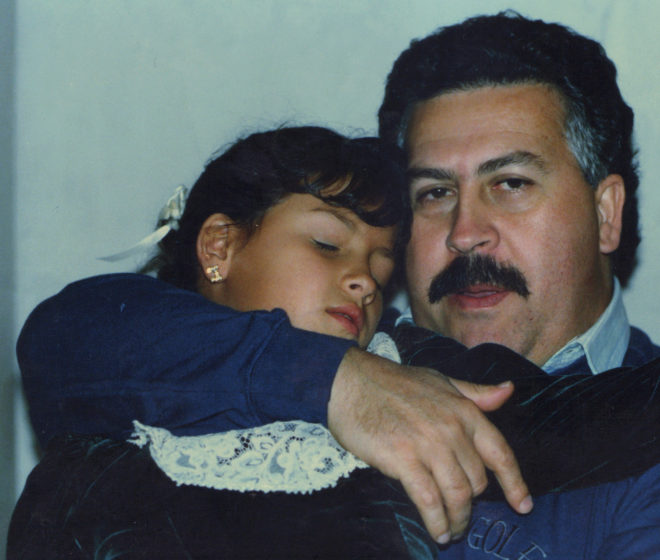 Many of you might be familiar with the late ‘Drug Lord’ Pablo Escobar and his love for the family. The love of the druglord to his daughter Manuela Escobar was so astounding that he once burnt millions of dollars just to make her feel warm in cold.

It has been more than 25 years since Pablo Escobar passed away and many of you might be curious to know what his daughter is up to these days? Is she still living a lavish life like in her father’s prime time? Well in this article let’s take a close look on her life.

Talking about Manuela Escobar’s net worth, she is an exceptionally fortunate daughter of Pablo Escobar. Manuela lived an extremely lavish life during her father’s prime time. Despite Pablo’s criminal activity, he was a loving father and husband to his family.

Manuela’s father’s love for his family so much constrained that he could afford anything for them as long as money can buy it. Pablo Escobar once burnt stacks of $2 million to make Manuela feel warm when his family was hiding away from the authorities and rivals in Medellin Mountainside.

The overwhelming father’s love and luxury ended after the demise of Pablo Escobar. Eventually, Manuela’s father’s wealth was of no use. As a matter of fact, because of his criminal activity, his family had to struggle hard to survive in Columbia.

Pablo Escobar had an estimated net worth of $30 billion. As a ‘drug lord’ and ‘king of cocaine’ Pablo summoned most of his wealth. In fact, Pablo, who owned 40% of the biggest drug organization Medellin Cartel, was also the richest man in the world.

Pablo’s Medellin Cartel supplied 80% of the world’s cocaine and landed around $420 million a week and $22 billion a year. He also offered $10 billion to Columbian government in order to boycott his criminal record which was refused by the government.

You May Like:Anatoly Karpov Net Worth

Manuela Escobar was born the second child of her father Pablo Escobar and her mother Maria Victoria Henao. She grew up in paradise along with her brother Juan Pablo who later changed his name to Sebastian Marroquin.

As a result of her father’s criminal background, Manuela struggled hard in order to survive. In fact, she also received death threats from her father’s rivals and enemies, and also survived a blast planned by Pablo Escobar’s enemies in order to kill him.

After Pablo Escobar died in 1993, Manuela along with her brother fled to Argentina in search of safety. She later changed her name to Juana Manuela Santos Marroquin to get away from her family background.

Unlike her brother, she doesn’t frequently appear in public and lives a very low profiled life. Manuela and her family are now living a normal middle-class life in Argentina. She now works as an electrical engineer in North Carolina under an alias.

Where is the birthplace of Manuela Escobar?

How old is Manuela Escobar?

What is the Nationality of Manuela Escobar?

Which Ethnicity does Manuela Escobar belong to?

What is the color of Manuela Escobar’s eyes?

What is the color of Manuela Escobar’s hair?