The Bachelors’ Astrid Loch Wiki: Moving In With Her Boyfriend | Know Her Net worth, Age, Tattoos, And Height 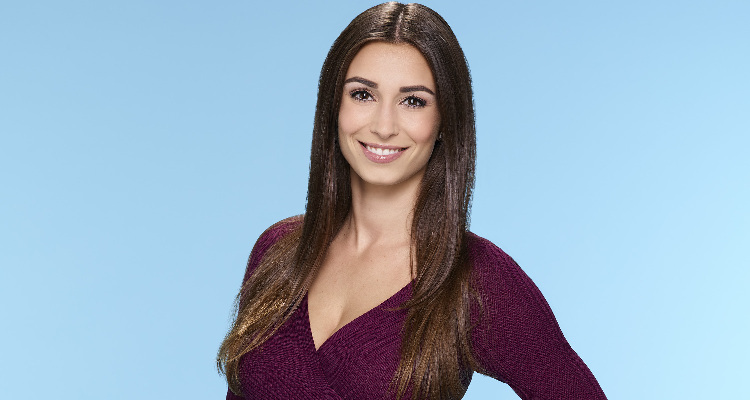 What does it take to make your love worth everything?

In case of The Bachelors’ star Astrid Loch and her boyfriend, she is ready to leave her things behind and move in with him. Yes, you heard that right! Loch is all ready to move to Canada with her beau.

The show Bachelor In Paradise brought Loch and her boyfriend together over the summer. As the year headed toward its close, she dished on Instagram that she is carrying out the process of moving in with her love in Canada. Nevertheless, who is Astrid Loch boyfriend?

Who is Astrid Loch Boyfriend?

Loch found the love of her life in the show Bachelor in Paradise. In The Bachelors, she was single and looking for the dream boyfriend. The show ended for her in the 4th week without any dates.

Everything happens for a reason. Later, Loch found her boyfriend, Kevin Wendt in Bachelor in Paradise. It has been less than a year of their togetherness, but they are all set to take their relationship to a whole new level.

Loch revealed that she’s moving to Canada to be with her boyfriend via her Instagram. The couple has been going solid from the time when the Bachelor in Paradise finale aired in September.

Previously, Astrid Loch boyfriend, Kevin told PEOPLE that she is the one. He said:

“Even after we left Mexico, I know more about her than any of my exes combined. I think it works. If you take away your phone and everything and just replace it with an ocean and a person, where you’re just 24 hours a day … you’re gonna have a good chance of knowing in depth who they are.”

During the season, viewers instantly recognized with the sheer romance blossoming between Loch and the strapping firefighter. Even their most melodramatic moment felt relevant. In the show, he broke up with her because he freaked out when he faced with the choice to enter the Fantasy Suite.

Speaking of Astrid Loch net worth, she came into the limelight after the show The Bachelor. Previously she worked as a patient care coordinator and office manager in Soler Aesthetic Plastic Surgery. Besides, she used to work in a restaurant for a living. However, after being one of the participants in the 21st season of “The Bachelor,” she started earning well.

Later, Loch appeared on the 5th season of “Bachelor in Paradise,” presented by Chris Harrison on August 7, 2018. Moreover, she is also an Instagram star, traveler, and blogger. But what’s the figure of Astrid Loch net worth?

As of 2018, Astrid Loch net worth is under review.

Astrid Loch was born in 1990 in East Germany to her parents, Marina Mogul and Anton Loch. She shared her childhood with her sibling named Ingrid. Her stepfather, Dr. Mark Mogul works in St. Joseph Children’s hospital major in hematology-oncology.

Loch completed her graduation from the University of North Carolina with a Bachelors of Arts in Communications and a minor in Women’s studies and Gender studies.

Loch celebrates her birthday on February 23 that makes her age 28. She is of Romanian-German ethnicity. She has two beautiful tattoos carved in her body. She has a feather with a quote on left under-arm and half heart/infinity symbol on right wrist.

The beautiful looking Loch stands at the height of 5 feet 7 inches. She is also popular on Instagram with 473k followers. She is a massive fan of movies like The Other Woman, Titanic and Beauty, and the Beast.

Bachelor in Paradise The Bachelor