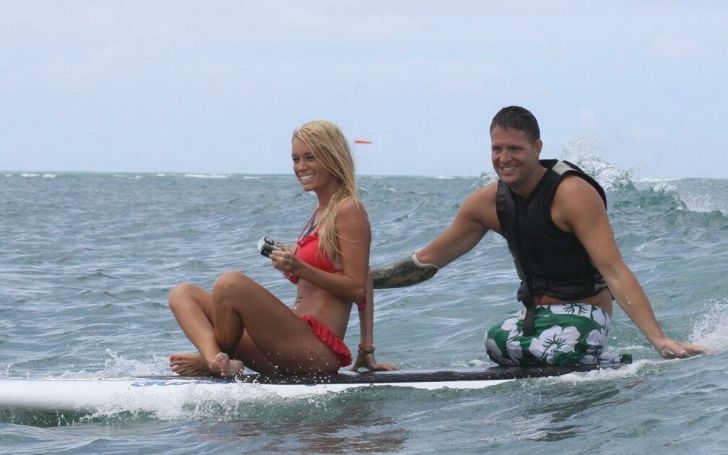 Ashley Kolfage is a model who participated to be on the front cover of Maxim magazine. She manages to do both social work and modeling side by side. She has also successfully managed her family.

Ashley was born in Texas, the USA in the year 1985. She celebrates her birthday on 16th September, which makes her current age 33. Moreover, her zodiac sign is Virgo. Not much is known about Ashley’s parents and family background. She belongs to the Caucasian ethnicity. 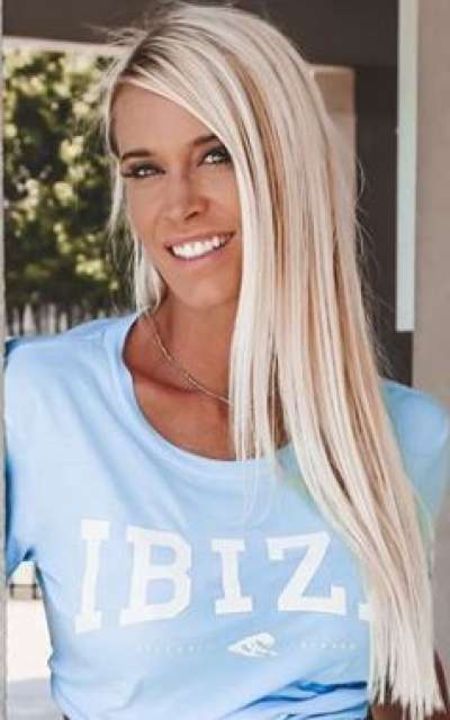 Ashley met the love of her life, Brian Kolfage when she was working as a hostess at Chili in San Angelo, Texas City. The couple instantly became friends but before any romance could start, Brian got deployed to Iraq on 11th September 2004. In his time in Iraq, he became the most severely injured airman as a 107mm rocket landed three feet near him and still survived. 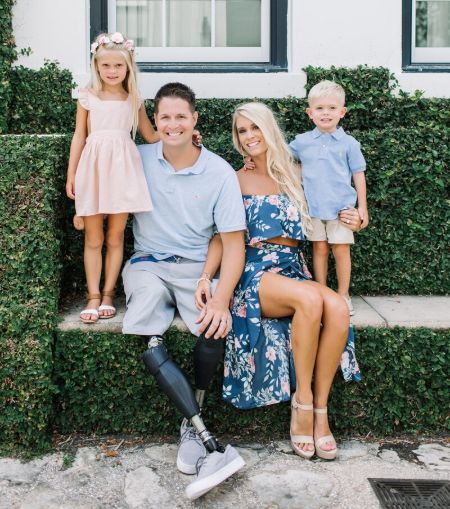 Have a look at the family of Kolfage
Image Source: Military Times

Following the incident, Brian lost both his legs and his right arm and screamed for help. With the help of medics from Walter Reed Medical Center, he survived.

Check out the video where Brian told his story:

When the news got back at home, Ashley was worried about him if he could live a normal life again. After Brian messaged Ashley on Facebook, she immediately went to meet him, and their love life started.

On 28th May 2011, Ashley and Brian married in a private ceremony. They have two beautiful children – a son and a daughter. The couple often goes to Walter Reed Medical Center to visit wounded soldiers and give inspiration to those people.

Ashely is the mother of two children, but she participated to be in the cover of Maxim magazine to raise funds for the Home of Wounded soldiers. With her participation, she wanted to make a point to other moms that they still have got the sexy side in them and how to flaunt them. She also co-runs a clothing boutique named, Coconut Chic.

As of now, Ashley is supporting her husband, Brian to raise funds for the GoFundMe Campaign to build a wall on the border of the USA and Mexico. The sole reason for this campaign is to help the government stop illegal migrations in the USA. In an interview, Ashley said:

“I was frustrated with our political leaders and what they’re doing — their broken promises and dragging things on,” Kolfage told The Arizona Republic Sunday. “I thought having the GoFundMe would allow people to come together on the internet to show support for what they wanted. Raising this kind of money shows how important this is and that people want to support it.”

The triple-amputee veteran, Brian has started the campaign and already raised $16 million. The campaign aims to raise about $1 billion, which will be one-fifth of President Trump’s $5 billion budget.

Ashley Kolfage, an American model, is famous for being the wife of a veteran soldier and helping him to raise funds for the construction of the wall at the US-Mexico Border. Her husband started the campaign of GoFundMe, “We the People Will Fund the Wall,” and she has been supporting him in his venture. 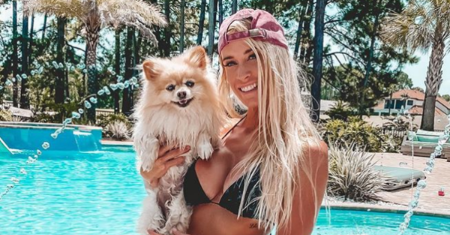 Ashley holds a net worth of $400 thousand
Image Source: Distractify

According to ZipRecruiter, the average salary of a model is $125,457 per year. There is no exact information about when the gorgeous model started her career. Even though there is no hint, we believe she has been receiving a handsome amount of money. As of now, her net worth is estimated to be around $400 thousand.

You may like: Matt Lauer Bio, Net Worth, Married, Divorce, Controversies, Kids, Host

Besides that, she is quite active on social media platforms like Instagram, Twitter, and TikTok. Her tweets, posts, and videos are also donating some part of her net worth.