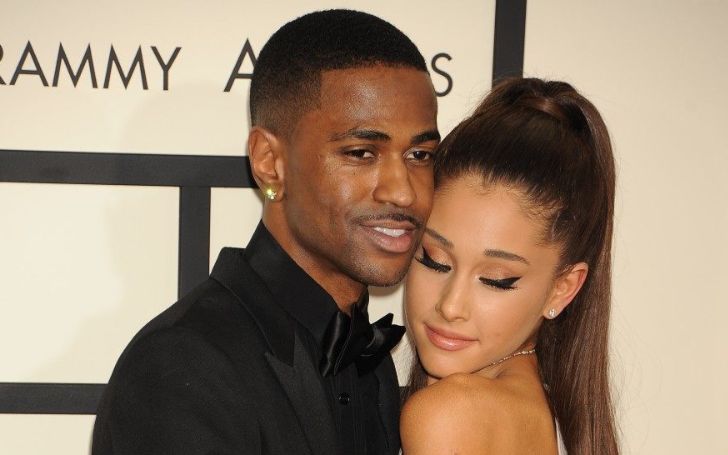 The American Singer Ariana Grande and Ex-Big Sean hang out at the Los Angeles Recording Studio this Thursday.

The 25 years’ old singer Ariana Grande and her former partner Big Sean, 30, reunite and get cozy with each other on Thursday, February 28, 2019. The duo was in front of the LA recording studio.

According to the reports by TMZ, Ariana was at the studio when Sean arrived. Later, the pair reunited for a hang out inside Ariana’s Van.

Besides the pair, they were accompanied by Ariana’s dog, Toulouse. Her pet dog has appeared in a number of music videos of the singer.

Following the reunion, the reps have not responded to questions from the media.

God is a Woman singer Ariana Grande and her former partner, Big Sean started dating in 2014. The duo’s relationship was official after their fans saw them kissing at a movie theater.

With Sean, Ariana has had three songs in total. Their first song together was in Ariana’s debut album, Yours Truly in 2013.  Following that, they sang Best Mistake in 2014 on the album My Everything.

The couple’s last song together was in Sean’s Research song from album Dark Sky Paradise in 2015. The pair broke up on April 14, 2015, nine months into their dating affair. The reason?

According to sources, the duo split up in 2015 due to a conflicting tour schedule. Though they broke up, both of them remain close friends and still care deeply for each other.

Shortly after breaking up with Ariana, Big Sean, while talking to Ryan Seacrest said,

Following their breakup, Ariana Grande included his name on a song, Thank U, Next.

Recently, Ariana got into a relationship with her lover, Pete Davidson. The duo was engaged, however, last October, they broke off their engagement. Similarly, Sean also found love in Jhene Aiko, however, they too, recently split up.