Alex Hassell Has a Huge Net Worth; Know His Professional and Personal Life 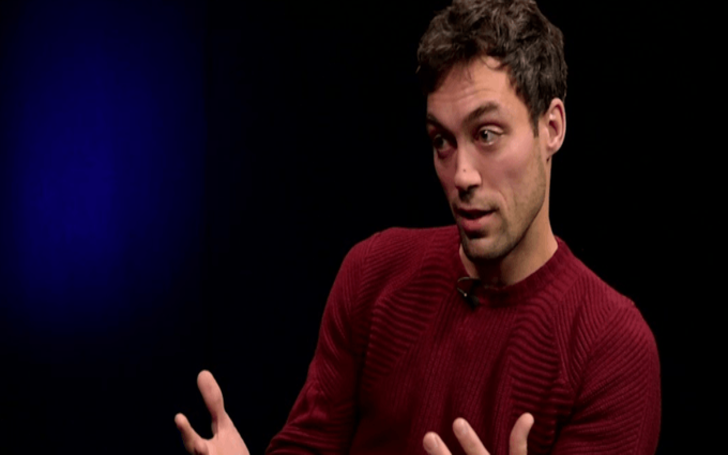 British actor Alex Hassell recently made his astounding appearance alongside A-lister actor; Chris Evans in the Netflix film; The Red Sea Diving Resort. The actor currently works for the Amazon Prime Video’s The Boys where he plays the role of the wicked superhero, Translucent.

Hassell definitely acquired a bulky amount of earning from the uprising superhero series as well as from his previous contribution to numerous tv-series and films. Well, do keep scrolling to learn details to his net worth, career, and more.

Who Is Alex Hassell?

Alex Hassell is an English actor and businessman known for his contribution to tv films and series including; Two Down, The Sick House, Anonymous, Suburbicon, The Red Sea Diving Resort, Cold Mountain and many more. Hasell is currently involved on The Boys; a new Amazon Prime Video‘s superhero series where he plays a negative role of an evil superhero.

The Essex native attended the Moulsham High School based in Chelmsford where he studied GCSE and A-Level. Moreover, he later attended the Central School of Speech and Drama to pursue an acting career. The actor is the youngest child of a vicar father who died whilst Alex was on the rise of his career. He grew up with three elder siblings.

What Is The Net Worth Of Alex Hassell?

Alex Hassell possesses a net worth of more than $1 million which he accumulated from his acting career. Hassell began his career in the early 2000s and is known for his appearance in tv-series and movies including; The Sick House, Robin Hood, The Miniaturist, The Isle, The Boys and more. Not to mention, actors on average make an earning of a minimum salary in the range between $25,000-$50,000.

Besides, Hassell also earns from his own theatre production; The Factory Theatre Company. In the meantime, Hassell is working for The Boys where he co-stars alongside; Jess Salgueiro, Jordana Lajoie, Karen Fukuhara, Nicola Correia Damude, Haley Joel Osment, Laila Robins, and Brendan Beiser.

Personal Life Of Alex Hassell; Is He Married?

Alex Hassell is blissfully married to his wife Emma King. Similar to Alex, his wife is also an actress by profession and also helps him run their theatre production together. So, how did Alex meet his then-future wife?

Alex and his wife first met at the Central School of Speech and Drama where they both studied acting and ultimately fell in love after getting to know each other there. The couple also went on to work together on the Matthew Butler directed comedy-drama; Miss in Her Teens(2014).

The film; Miss in Her Teens, however, is not the only film the couple worked on together. Mr. and Mrs. Hassell worked together on other different projects including; The Isle and Two Down. Hassell and King are yet to start a family of their own.

Gifted with a stunning body, Alex Hassell stands at a height of 5 feet 9 inches whilst his lean body weighs only 75 kg. Furthermore, the born to be an actor is naturally a brunette who flaunts dazzling Brown eyes.

When was Alex Hassell born?

What is the ethnicity of Alex Hassell?

What nationality does Alex Hassell belong to?

How tall is Alex Hassell?

How much does Alex Hassell weigh?

What is the hair color of Alex Hassell?

What is Alex Hassell’s eye color?