A look at Jung Ga-Ram Earnings from his Profession 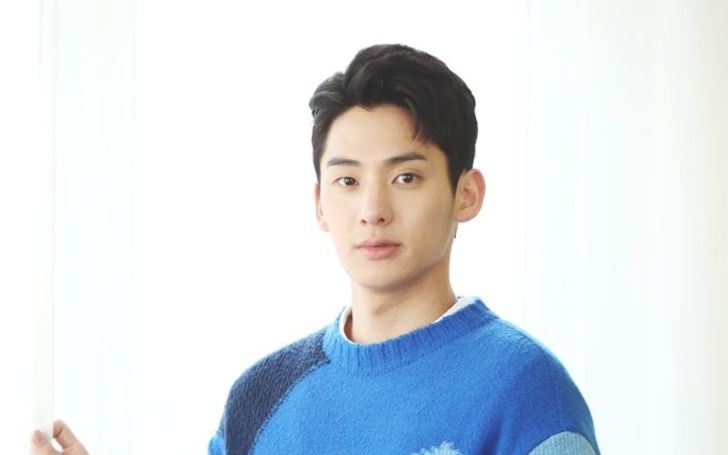 If you are a South Korean television fanatic, then you must know the name of Jung Ga-ram. The 26-year-old actor is the heart of ladies with his excellent performances in films like 4th Place and Love Alarm.

Jung Ga-ram made his mark on the television in his teen, which made him this famous and wealthy today. A consequence of lots of talent and hardwork, the actor won multiple awards for his performance to date and will win many more soon. So, today we provide you all the details about the life and net worth of the South Korean sensation, Jung Ga-ram.

Jung Ga-ram is the star of Netflix’s Love Alarm

The budding superstar, Jung Ga-ram, recently gained massive reception after featuring in Netflix series, Love Alarm. The South Korean drama released on the global network on August 22, 2019. Likewise, on October 29. 2019, the production renewed the romantic-tech show for its second season.

Jung Ga Ram was one of the lead actors in the show as he portrayed  Lee Hye-yeong, a best friend of fellow lead Song Kang and lover of Kim Jo-jo. The Korean shared the set alongside Kim So-hyun and Song Kang.

You may also like: Kiersey Clemons! Is she a lesbian? Find out here.

In addition to Love Alarm, the talented actor featured in When the Camellia Blooms and The Odd Family: Zombie on Sale in 2019. Likewise, in the new year 2020, she will appear on Investigation Trip as Joong-ho.

Jung Ga-ram Appeared on The Heirs

The handsome Korean actor Jung Ga-ram also appeared on the highly-rated TV show, The Heirs. In the SBS aired show, he played a supporting role to lead characters Lee Min-ho and Kim Woo-bin.

Impressively, around 13 countries received international broadcasting rights for the top-rated show. Surprisingly, the movie’s rights were sold in Japan for a record high fee of $30,000 per episode.

With many amazing performances on the screen, the charismatic Jung Ga-ram bagged multiple individual awards in the Korean entertainment industry. While he bagged his debut award of 53rd Grand Bell Award in 2016 for 4th place, he won the 8th KOFRA film award for the same in 2017.

YouTube: Jung Ga-ram gives a fun interview about his likes and dislikes with Song Kang.

The South Korean, likewise, received the nomination for Best New Actor in 55th Wildflower and 23rd Chunsa Film Art Awards but couldn’t win it this time.

How Much is Jung Ga-ram’s Net Worth?

The 26-year-old actor is a multi-millionaire in terms of net worth. Surprisingly, the Love Alarm artist owns a staggering fortune of $2 million as of 2020.

A South Korean acting agency, Management SOOP looks after all the agreements and contracts of the budding prospect to ensure his soaring income status.

Also See: Is Tomer Capon dating someone? Find out here.

Ga-ram debuted in the television way back in 2011 but couldn’t get much limelight then. Ever since he did his filmography debut from 4th place, the Korean never had to look back. Moreover, he featured on shows like Standby, Believer, and The Heirs.