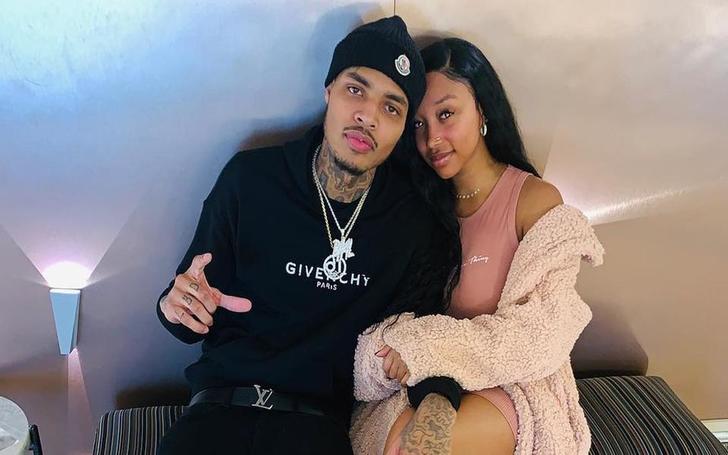 Zonnique Pullins might be known as the step-daughter of rapper T.I., but she is a talented woman on her own right. She is a singer and performer who founded OMG Girlz, an R&B singing girl group.

Pullins has also been appearing on her family reality TV show, Growing Up Hip Hop: Atlanta and T.I. and Tiny: Friends and Family Hustle since a child. However, Zonnique is all grown up into a beautiful woman today. Not to mention, Pullins seems to have bagged herself a good man too. So, who is he?

That’s right, the gorgeous Zonnique Pullins has her eyes only one man who happens to be none other than the rising rapper, Bandhunta Izzy whose real name is Israel Jordan James.

Pullins and her boo have been dating for more than two years since their affair began in June 2018. And, the way they have been in love with the support from Pullins’ parents, it’s certain that they might be here to stay for a longer time.

Anyway, although Zonnique and Bandhunta have been dating for a long time, they weren’t a fan of showing off their relationship to the public. They were rarely spotted together in the eyes of media and the love birds also chose to not share any pictures on social media.

Izzy Doesn’t Want To Use Pullins For Clouts

Speaking of which, when Pullins came forward to speak about her relationship to address she was taken, the singer made it known that she is private about her affair matter. But, more importantly, Pullins also announced her man doesn’t like to appear on the show.

Understanding her boyfriend’s decision, Pullins defended her man with an explanation that Izzy wants to make it big in the music industry on his own and that he doesn’t want to use Pullins and her family reality TV show to gain popularity.

Indeed, Izzy has come a long way as a rapper and as a possible future son-in-law of T.I. who now admires him as his own son. Izzy who won T.I. and Pullins’ mother Tameka Harris‘s approval also maintains a great relationship with them.

And, only in January 2020, Pullins and her boyfriend flew to the Bahamas to celebrate her beau’s birthday. Pullins and Izzy are yet to be engaged and married. But, the pair live together.

On the other hand, Izzy is a proud father of a daughter named Skye James he shares with his former girlfriend whose identity is a mystery. But, his girlfriend has no issues with his child and seems to have grown to be fond of her.