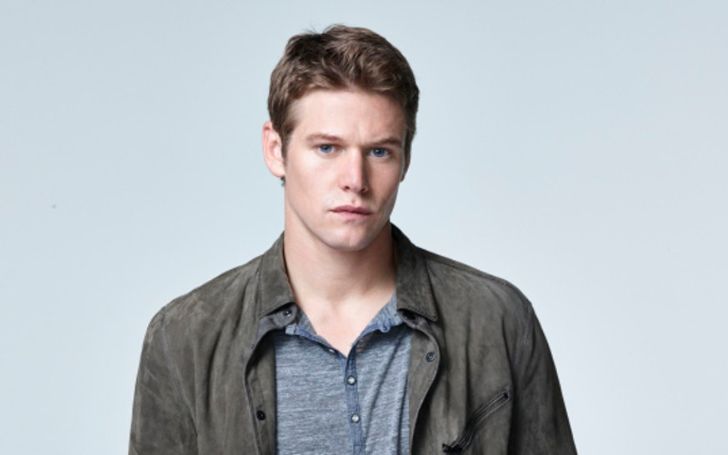 Zach Roerig is an American Television actor best known for his appearance in the hit TV series which includes As The World Turns, Friday Night Lights, One Life to Live, The Vampire Diaries, and, the 2018 TV series, Legacies. In addition, his latest series God Friended Me is still running on television. Further, as of 2019, he has a total of 25 filmography credits on his name as an actor.

Zach is always able to keep his professional life on track but is quite secretive about his personal life. Doesn’t it interest you to know more of his personal details? well, don’t worry, in this article, we are unveiling some major personal details of Roerig.

Who is Zach Roerig?

Zach Roerig played the role of Matt Donovan on hit TV series The Vampire Diaries and Hunter Atwood on the 2007 American TV series One Life to Live. Not to mention, Zach is of German, Polish, English, and Irish descent.

Zach was born on February 22, 1985, in Ohio, the United States. He graduated from Montpelier High School, where he pursued football and wrestling. Further, he also attended the Barbizon Modeling and Acting School in Cleveland.

What is the Net Worth of Zach Roerig?

As of 2019, the total net worth of Zach Roerig is $4 Million. Similarly, he earns a hefty sum of money through paid partnerships, advertisements, and brand endorsements which ranges from $100,000-$200,000 per year.

In the United States, the average salary of an American actor/actress is $52,420, however, Roerig might be receiving more than the estimated salary. With such earnings, Zach must be relishing a rich and lavish lifestyle throughout his successful career.

Talking about Zach’s personally, he is an avid animal enthusiast and the same can be seen through his Instagram post. On December 2016, he visited Ocala National Forest and shared with his Instagram followers to save and protect animals. Similarly, he also owns a dog of the breed Alaskan Malamute which costs around $1200-$1700 in the United States.

Not to mention, Zach’s living an auspicious life and is crazy about sports bike. In his collection, he has LiveWire, Harley Davidson and, Ducati Macchia Nera whose average cost is $30,000, $60,849 and $75,000 respectively.

What is the Relationship Status of Zach Roerig?

As of 2019, Zach Roerig is probably single. He is relishing a single life and is not married yet. However, he has one daughter who was born in January 2011 to his ex-girlfriend, Alana Turner.

His ex-girlfriend Alana, in addition, was incarcerated in federal prison. So, in June 2013, Zach filed legal papers in Georgia, seeking full custody of his daughter.

From 2016 onwards, Zach was openly dating his The Vampire Diaries co-star Nathalie Kelly. The pair first confirmed their relationship via Instagram on November 2016 by sharing a picture on Zach’s Instagram.

Zach & Nathalie, however, broke up somewhere around 2017 and the 34-years old actress got married to her present boyfriend-turned-fiance Jordan Burrows in the intimate wedding at The Island (floating beach club) on Sydney Harbour in May 2018.

Prior to this, Roerig dated the American actress Candice King in 2011 and another gorgeous American actress Kayla Ewell in 2010. Anyways, since Zach is a good looking guy, chances are we’ll soon see him flaunting some pretty girl in his arms again.

What are the Body Measurements of Zach Roerig?

Having a height of 5 ft 11 in or 180 cm and a weight of  75 kg or 165 lbs, Zach Roerig’s body features are remarkable which goes well with his Intense blue eye color and dark brown hair. Zach, moreover, has a deep-toned and husky voice.

How tall is Zach Roerig?

How old is Zach Roerig?

What is the weight of Zach Roerig?

What are the eye colors of Zach Roerig?

What is the hair colors of Zach Roerig?

Visit TheCelebsCloset for more information regarding your favorite stars.