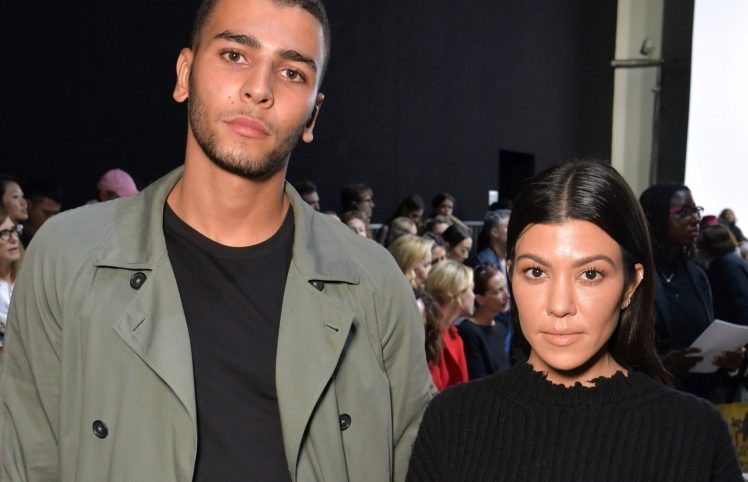 The Kardashians are ruling the world with their lifestyle, business, linkups, and many other things. Any name that connects with The Kardashians is automatically on the spotlight. Recently, the name Younes Bendjima is grabbing all the attention as Kourtney Kardashian‘s boyfriend.

Younes is an athlete-turned-model who is noted for being one of the leading male fashion models. He has worked with Next Model Management and modeled for Ralph Lauren and Calvin Klein. He has even walked the runway for Givenchy.

Since the news about him being Kim Kardashian‘s sister Kourtney Kardashian’s boyfriend surfaced, people are keen to know more about him. Hence, without further ado, let’s explore Younes Bendjima’ Wikipedia facts that include his dating affair with Kourtney and past affairs, net worth, height, age, job, and bio.

As you already know, Younes Bendjima is currently dating his celebrity girlfriend, Kourtney Kardashian. He reportedly started his relationship with girlfriend, Kourtney back in October 2016. Their dating rumors swirled around when Kourtney was snapped together with Younes, leaving a hotel in Paris in December.

The duo first met at Paris Fashion Week in October last year at the time when armed burglars raided Kim’s apartment. Since then, Younes is frequently spotted with his girlfriend, Kourtney. They were also spotted spending a casual day out in West Hollywood, California, on 4th May 2017.

Younes also enjoyed a romantic trip to Cannes with Kourtney who looked happy and relaxed while cozying up to the athlete in the sun. They were caught on cameras sharing a kiss in concert in Hollywood.

When you’re 5’1” and Beyoncé comes on

Break up and Patch Up

Everything was going OK when bad luck struck upon the couple! Younes and Kourtney broke up in the summer of 2018. However, later, in September, the pair were again seen together.

Younes and Kourtney had some miscommunication and it caused their break up. Fortunately, the pair worked everything out and are again giving a chance to their love life.

As of now, Younes is dating Kourtney Kardashian and exploring new places with his girlfriend. Let’s wait and watch, whether this relationship will end with something beautiful or not.

When the couple broke up for a short period of time Younes was spotted with Instagram model Jordan Ozuna in Mexico.  Check out the video:

Speaking of Younes Bendjima’ net worth, he is a successful model who has worked with many top brands. He has advertised for– Burberry, Ralph Lauren, Adidas, Calvin Klein, and Dolce & Gabbana.

He must have acquainted a huge net worth from his professional modeling career. Keeping his age in mind, after his increased exposure from dating a Kardashian, he can embrace more significant opportunities in the future. But what’s the figure of Younes Bendjima’ net worth?

Currently, Younes Bendjima’ net worth is under review. However, his girlfriend Kourtney Kardashian’ net worth is expected to be around $35 million. His net worth is around $500k as per several sources. Moreover, a model associated with Next Model Management makes an average hour salary of $109 to $421.

Younes Bendjima started out as a boxer, but his good lucks grabbed the attention of multiple fashion designers in Hollywood. Currently, Next Models has signed him. He has modeled for Calvin Klein and Ralph Lauren campaigns. He made his runway debut by walking the ramp for Givenchy in 2013.

Younes Bendjima has signed with Elite in Copenhagen, and I LOVE in Milan. He has done several photo shoots for top magazines like Vogue (Spain) and Le Monde M Magazine.

Younes Bendjima was born in 1993 in Algeria. There isn’t much information about his parents, siblings, and educational background.

As per his bio, Younes celebrates his birthday on 3rd of May that makes his age 25. He is 14 years younger than his girlfriend, Kourtney.

Also See: Tammy Hembrow: Split With Her Fiance: Found A New Boyfriend To Date With?

He is Algerian but speaks fluently in Arabic, English and French languages. As his mother lives in Paris, he splits his time between the French capital and New York.

Younes Bendjima stands tall with the height of 6 ft 2 inches. He is a close friend of Jaden Smith.