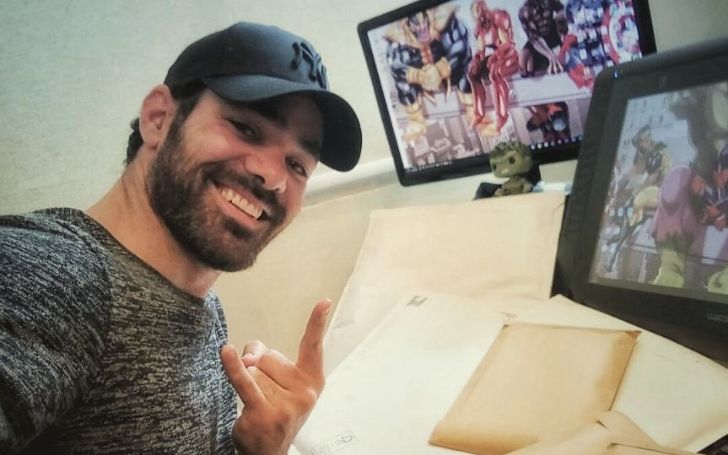 Yehuda Devir is one of the co-creators of the widely famous comic series, One of Those Days. Yehuda is a inspiration to many but his heart belongs to only one. Who is this woman? Stick around till the end to find out.

As a comic artist, Yehuda received huge popularity among loyal fans who are also equally interested in his private affairs. Well, you’ve come to the right place; without further ado, let’s get right to it.

Any woman in this world would be more than lucky to have Yehuda in her life. He is the definition of a perfect man. A tall and muscular body, great beard on a good looking face, loyal to his woman, he is everything that a woman searches for in a man.

Well, we know that all you ladies out there would give your heart to this man but he already found in love in Maya Devir. Maya and Yehuda are living together for a very long time, to be more precise, more than a decade.

The duo first met in the year 2010. Yehuda once said that as soon as he laid eyes on Maya, he knew that she was the one and the only woman for him, however, Maya had a different feeling. She liked him as a friend and that’s what they became in the beginning but after some time, she fell for Yehuda’s charm and they became more than friends.

Maya and Yehuda exchanged vows in the month of July in 2016. Their first bundle of joy, Ariel Devir came into this world on May 28, 2019. In a Q&A session on their YouTube channel, Maya said that finding out pregnancy turned out as one of the best moments in their life.

The couple has created their daughter’s own Instagram page with the handle, Ariel_Devir. The duo has, to date, posted over 34 posts on their kid’s Instagram account.

Both of them are still together and it looks they are not going to separate anytime soon. Many couples look upto Yehuda and Maya as their relationship is really strong and relatable.

Yehuda’s Earnings Throughout the Years

The 31-year-old artist is a huge star on social media with more than 5.1 million followers on Instagram, where he also posts his and his wife’s creation.

After working hard for years, Yehuda gathered an estimated net worth of $100,000. Most of his money comes from comic book sales and social media.

For more news and updates, stay tuned with The Celebs Closet.