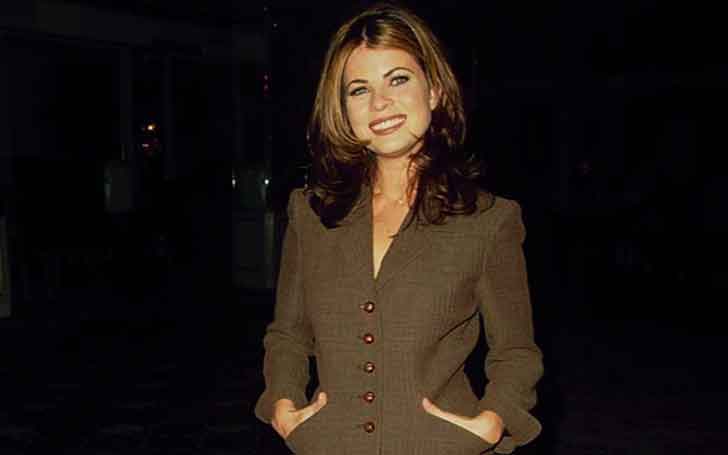 How hard can success hit you? The American actress Yasmine Bleeth could give you the answer! Yasmine is most famous for her role on the hit TV series Baywatch. She became the victim of her own success as the actress fell in a deep trap of substance abuse.

Yasmine was a formidable actress during her acting days but since her retirement back in 2003, she hasn’t been quite active. Here, we delve into the life of Yasmine Bleeth.

Yasmine Bleeth was born as Yasmine Amanda Bleeth, on June 14, 1968, in New York City, U.S. She was the daughter of Carina Bleeth, a model, and Philip Bleeth, a business proprietor. Her mother was of Algerian descent and her father was of Russian-Jewish and German-Jewish descent. Yasmine’s mother died of breast cancer on November 7, 1989, at age 47.

As a child, Yasmine attended the United Nations International School in New York.

By the age of 12, Yasmine starred in her first movie with cast opposite Buddy Hackett in the feature film Hey Babe in 1980. The beautiful Bleeth came to fame by her role in Baywatch and her performance there gave her roles in many other movies and TV series.

Yasmine Bleeth developed a problem of substance abuse when she was working in Baywatch. Bleeth told in 2003, that rough relationship with then-boyfriend Richard Grieco triggered her drug problem.

Yasmine went to rehab after having serious health problems due to substance abuse. But her trip to rehab proved futile, and she began using cocaine again shortly after her release from the rehab. Then, in September 2001, she was arrested after crashing her car into a median in Detroit. She was sentenced to two years’ probation and 100 hours of community service after she pleaded guilty in court.

How is Yasmine Bleeth’s Personal Life? Who is She in A Relationship With?

Yasmine Bleeth is a married woman who tied the knot with her boyfriend turned husband Paul Cerrito. Well, Bleeth met the love of her life when she was in rehab. She says that Paul Cerrito, her husband, helped her get up and stay off drugs.

They say you shouldn’t get into any relationship within the first year of sobriety—especially not with someone in the program. But what can I say? We fell in love immediately.

Bleeth met her future husband, strip club owner Paul Cerrito, in December 2000 when she voluntarily entered the Malibu-based Promises Rehabilitation Clinic. Of course, their road to tying the knot in 2002 wasn’t easy. In fact, Cerrito was with Bleeth when she crashed her car in Detroit. She confessed that being with Paul is better than being on cocaine.

The couple walked down the aisle on August 25, 2002, in  Santa Barbara, California. They now live together in Los Angeles and Scottsdale, Arizona. However, the couple doesn’t have any children yet.

Yasmine Bleeth has also dated her former partner Matthew Perry in 1996 but her relation with Perry did not long last. They broke up only dating for a very short period of time.

In 1995, Yasmine was named one of the 50 most beautiful women in the world by the People Magazine.

How Much is Yasmine Bleeth’s Net Worth?

Yasmine Bleeth has a net worth of an estimated $2 million. She owes this net worth to her short-lived acting career, from which she retired back in 2003.

Yasmine received a huge $12,000/episode salary for her role as Caroline Holden in the TV series Baywatch. We can speculate that Yasmine took a similar salary for her other jobs as well.

The Undercover Angel star has 29 credits as an actress in her short-lived acting career. Her career lasted for 23 years and during that period, she established herself as a formidable actress. Her last job was Baywatch: Hawaiian Wedding, a TV movie after which she retired from acting.

Bleeth was the 1998 spokesperson for the Lee National Denim Day fundraising campaign, which raises millions of dollars for breast cancer research and education. Bleeth helped raise $5 million in a single day to help the Susan G. Komen Breast Cancer Foundation.

Where and when was Yasmine Bleeth born?

Who are Yasmine Bleeth’s parents?

Where did Yasmine Bleeth receive her education from?

What is Yasmine Bleeth’s nationality?

Which is Yasmine Bleeth’s debut movie?

What color eyes does Yasmine Bleeth have?

How tall is Yasmine Bleeth?

How old is Yasmine Bleeth?