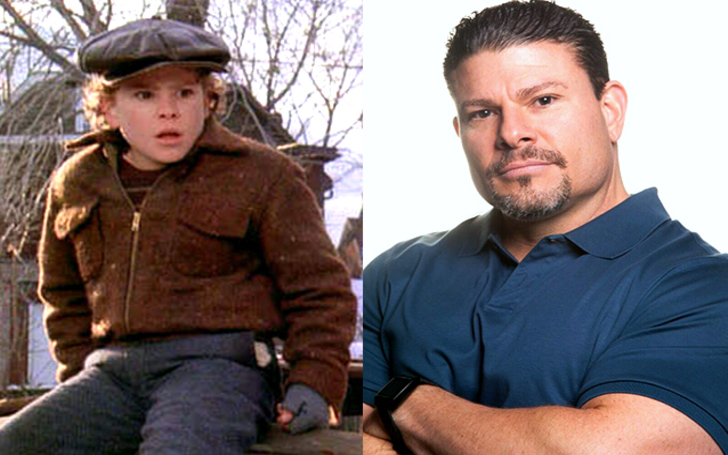 Yano Anaya, an American actor first rose to popularity in the mid-80s. Anaya is known for his roles in the 80’s popular movies including A Christmas Story followed by Better Off Dead and The Blue Iguana.

Since making his appearance in his last project, Yano sort of disappeared from the public eye. Well, what is he up to? Today, the actor works as a personal trainer. Let’s find out more in the content below.

Who Is Yano Anaya?

Born on 13th July 1972 under the zodiac sign of Cancer which naturally makes him carry the characteristic of being committed, loyal and friendly, Yano Mas Anaya is an American actor who is known for his notable roles in the movies such as the Christmas family film; A Christmas Story released in 1983, Better Off Dead released in 1985 and The Blue Iguana released in 1988.

Also see: Learn the net worth of Lotte Verbeek.

Besides, Yano Anaya is also known for his appearance as the Michael Anthony Jr. in Van Halen music video for Hot for Teacher which came out in 1984.

Yano was born in Miami, Florida, in Dade County but raised in Panorama City in the San Fernando Valley, United States. Growing up in the town of Hollywood, Anaya attended James Monroe High School. After finishing his school, Anaya then studied health and fitness in college.

Apart from his passion for acting, Yano is also keen about health and nutrition inspired by her mother, a Masters’ graduate in Human Nutrition. As a matter of fact, Yano started cooking at the age of just four.

In addition to Alano’s strong heritage background, the actor is interracial with having the genes of a Puerto Rican descent father who died when Yano was young, and half German, Irish, Swedish, and Dutch mother.

Don’t miss: Who is Cindy Eilbacher?

Interestingly, the onscreen Grover Dill‘s parents named him Yano Mas which literally translate to ‘No More’ in Spanish. This is because Anaya’s parents already shared other children with their former partners before fate united them.

Did You Know Yano Anaya Is The Half-younger Brother Of Katy Kurtzman?

In case you didn’t know this but Yano is not the only famous member of his family. Anaya grew up with his half older sister who is highly popular among the 70’s and 80’s television series fans. Anaya sister is none other than Katy Kurtzman who as well started her acting career as a child artist.

In addition to Anaya’s sister career, Katy is known for her roles in The New Adventures of Heidi, Little House on the Prairie, Dynasty, and Grey’s Anatomy among others.

Yano’s love life is different from most of the actors. And yes the actor is indeed married. So, who is the lucky woman? Wait till you find out how Anaya met his future wife and you will be in total awe.

In 2006, when Yano Anaya attended the Chiller Theatre convention that took place in New Jersey, a young woman who claimed to be a fan of A Christmas Story found her way to the actor, and if only Anaya knew this lady named Selena Anduze would be the one he was going to spend the rest of his life with.

Three years later after their first magical encounter at the convention, Yano and Selena got dressed and exchanged their marriage vows in 2009. The couple also soon started a small family of their own consisting of three adorable Pitbulls.

On the other hand, Yano, however, shares a son from his previous relationship with a different woman. In one of his old interviews, the actor reportedly talks about his son at the age of ten inviting his friends over to watch A Christmas Story and shares how his son’s friends asked if it was him in the movie because Yano, ironically, actually filmed the movie at the age of ten.

Yano’s wife Selena Anduze is an actress who appeared in multiple hit tv series including The Haunting House of Hills, Swamp Thing and Doctor Sleep, Being Mary Jane, Brockmire and Bosch.

Mrs. Anaya, also a scientist, previously worked as a profession and physiology instructor at Atlanta School of Massage where she introduced her husband to its founder and helped him found his own gym and establish his new career as a personal trainer in Atlanta where the couple resides.

Besides, similar to Anaya, Anduze is also interracial who originally hails from Virgin Island (a US territory) and moved to the US at the age of nine when the island was hit by a hurricane.

What Is The Net Worth Of Yano Anaya?

Considering how an average gym owner and a personal trainer makes, Yano Anaya’s net worth is estimated to be $200,000.

Yano’s last film count as The Blue Iguana, and after that, the actor rarely made his appearance in other films apart from the minor roles he played in General Hospital and The Gong Show. Yano retired from acting a long time ago but his acting career certainly allied in accumulating his wealth.

As for Yano’s wife, Selena Anduze’s has a net worth of $100,000 she made from her career as a professor and television actress.

The fitness freak Yano Anaya’s body transformation is clearly noticeable how it changed from a ten years old kid with a lean body as seen in A Christmas Story to a broad masculine one.

Where is the birthplace of Yano Anaya?

What is the nationality of Yano Anaya?

Which ethnicity does Yano Anaya belong to?

What is the color of Yano Anaya eyes?

How tall is Yano Anaya?

What did Yano Anaya study?