Yang Mi: Soon To Divorce Her Husband? Explore Her Married Life, Children, Wiki-Bio, And Net Worth! 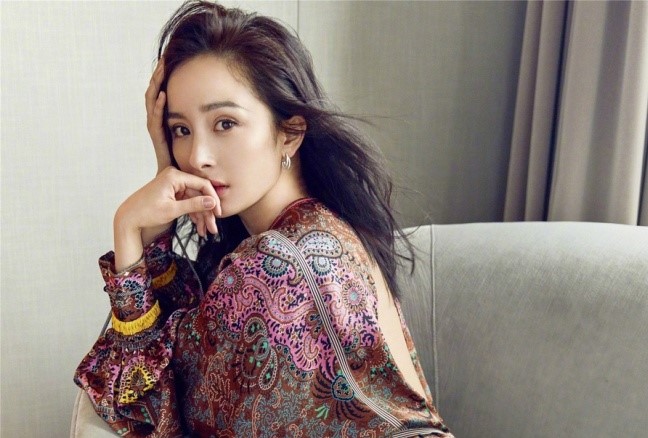 We often find the supremacy of western cinemas in the entertainment world. The names from other continents except Europe and America are very hard to hear. However, we cannot deny the fact that Chinese entertainment made it possible to stand themselves on a global platform.

Despite being limited, Yang Mi, a Chinese actress, and singer proved herself as an aspiring actress on the global stage. Rumors about her marriage issues often make headlines.

We are here to provide some information about her husband, children, net worth and her stuff.

Yang Mi was born on 12 September 1986 in Beijing to parents Yang Chunling and Yang Xiaolin. She belongs to Han ethnicity. Her father, Xiaolin, was a police officer.

She graduated from the Beijing Xuanwu Experimental Primary School. Moreover, she was also a student at the Beijing Film Academy.

She started her acting career in the year 1990 when she was just four years old in Tang Ming Huang, a historic television series. After two years, she was a part of 14th Flying Goddess Award and 12th Golden Eagle Award-winning television series, Hou Wa.
The television series like Strange Tales of Liao Zhai (2005), The Return of The Condor Heroes (2006), and Wang Zhaojun (2007) are some of her splendid works.

However, she became immensely famous in 2009 after starring in wuxia-fantasy drama Chinese Paladin 3. Then, she got a chance to play a role in the big-budget historical fiction television drama Beauty’s Rival in Palace.

She also won the Most Popular actress for the drama Beauty’s Rival in Palace in 2011 Youku Television Index Festival.

Now, after 2014 she is working as a producer, she established her agency named Jay Walk Studio collaborating with H&R Century Pictures.

Back in 2012, Yang Mi went public through her Weibo about her relationship with boyfriend, Hawick Lau. Later, after a year of dating on November 11, 2013, they engaged.

Eventually, on January 8, 2014, the beautiful couple got married in Bali, Indonesia.

Hawick Lau is also an actor and singer by profession based in Hong Kong. Moreover, he is the son of Hong Kong’s famous actor, Lau Dan. Lau is popularly known for his performances in TVB series Virtues of Harmony, A Kindred Spirit, and My Family.

Likewise, he is also famous in China for his outstanding roles in the movies like A Clear Midsummer Night, Sealed with Kiss, Lady, and Liar.

Yang Mi and her husband share a daughter named Noemie Lau. The couple welcomed their daughter on June 1, 2014, six months after their wedding.

Unlike other celebrities, Yang Mi does not reveal much about her personal life. A rumor about their divorce remained for a long time.

As a matter of fact, Yang Mi and Hawick Lau are now apart as they announced their divorce on December 22, 2018. They jointly addressed the Jiaxing Media to make sure that their fans got the right information. It must be heartbreaking news for her fans but nobody can avoid the truth.

Furthermore, they even bagged a movie featuring them together, The Prosecutor, which will release by 2019. Her fans are excited about the news and are eagerly waiting to watch the film.

In the year 2017, Yang Mi was in the third position on the Forbes China Celebrity 100 list; she lives a lavish life. Her net worth is higher than that of any other female celebrities in China.

Furthermore, Mi even won the Best Actress award for her significant role in Reset at the World Fest Houston International Festival in 2017. Most of her earnings come from her career in the filming industry.

Nevertheless, she also earns her net worth from sponsorships and endorsement deals.

Furthermore, her official Instagram has more than 619.4k followers.