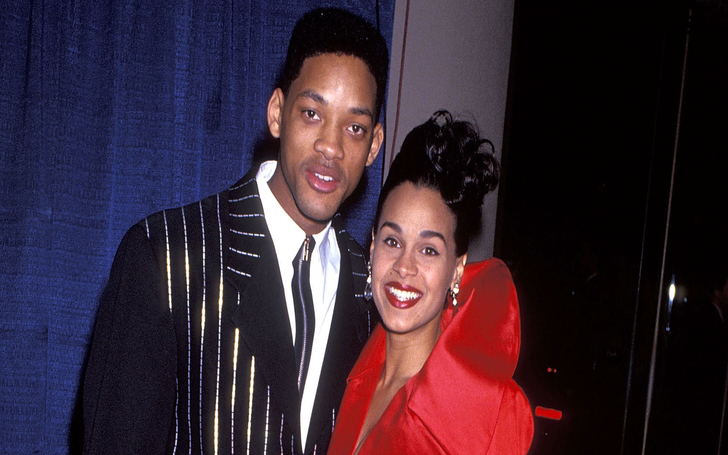 More than an actor known for his outstanding performance in movies like The Pursuit of Happyness and I am Legend, Will Smith is a better husband and a father.

Smith is better known for his ideal marriage with actress and wife, Jada Pinkett Smith with whom he welcomed two beautiful children. However, only a few know about his first marriage & wife.

Will Smith Was Married To Sheree Zampino

Actor Will Smith married his first wife, Sheree Zampino for the first time in 1992. Interestingly Smith met Zampino on the set of A Different World where he originally wanted to meet Jada Pinkett Smith he used to admire as an actress at the time.

After spotting Sheree there, Will then asked her friend for a contact number and instantly asked her out. Three years later, the duo wed and also shared a son named Trey Smith.

But, their togetherness couldn’t last longer and divorced claiming their marriage was a result of the decision they made too young. Other than Zampino, Smith also dated The Fresh Prince of Bel-Air co-star Tyra Banks, TV star Garcelle Beauvais, and Karrine Steffans.

Will Smith’s Happily Ever After Jada Pinkett Smith

Following Will Smith’s separation from Sheree Zampino, the actor then met Jada Pinkett Smith and instantly began seeing her whilst he was still legally married to his first wife.

But, as Smith wanted to move on & start a new world with Pinkett, he immediately filed for divorce on Valentine’s Day. Then in 1997 on the beautiful day of New Year’s Eve, Will & Jada walked down the aisle.

And, here’s a fun fact. Jada apparently auditioned for the role of Will’s onscreen girlfriend for The Fresh Prince of Bel-Air. Unfortunately, Jada’s short height of 5′ made the casting director send her home. Smith is 6’2 tall.

It’s been more than two decades, Smith and Pinkett are still happily married with two children, Willow Smith & Jaden Smith. And, life just doesn’t get better for these two.

Quick Facts Of Will Smith