Skip to content
Home » Entertainment » Who Is Kaitlin Olson Married To?

Who Is Kaitlin Olson Married To? 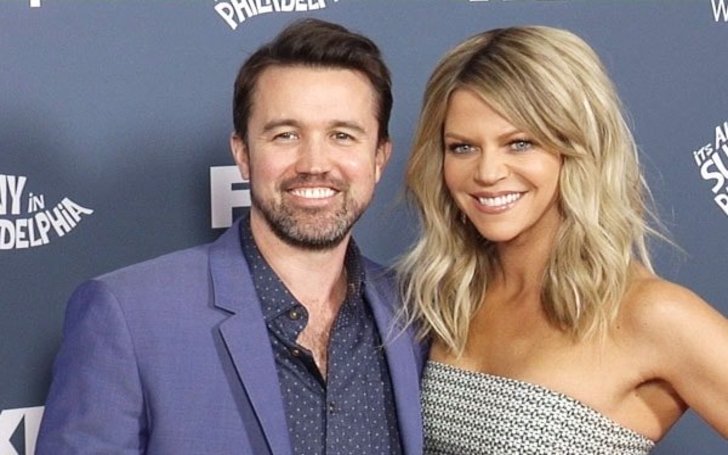 Kaitlin Olson is an actress known for her beauty, charismatic personality, outstanding talents, and whatnot. Olson is highly recognized for her lead role in the hit FX sitcom, It’s Always Sunny in Philadelphia.

The show which began airing a decade ago in 2005 holds a special place in her heart as she met her boyfriend turned husband on the set of the TV show. Olson is indeed married to her co-star Rob McElhenney.

Actress Kaitlin Olson has been happily married to the true love of her life aka husband, Rob McElhenney for over a decade. Their romance blossomed not long after the actress started working on It’s Always Sunny in Philadelphia.

Matter of fact, it was McEhenney who invited Olson to play the role of Deandra “Sweet Dee” Reynolds opposite him. As for Rob, he plays Ronald “Mac” McDonald. And, as now thing led to another, the two fell in love on the set in circa 2005.

Olson knew McElhenney was the one for her as she accepted his marriage proposal and exchanged the marital vows three years later in September 2008. Kaitlin shunned in a white bridal gown followed by a long veil whilst her groom looked dapper in black suit and tie.

With nearly fifteen years of togetherness, actress Kaitlin Olson and her partner Rob McElhenney have been blessed with their biggest happiness and achievement aka their children. Yes, Kaitlin is a mother of two kids, both being sons.

Olson and McElhenney welcomed their first son who they named Axel Lee McElhenney in 2010 followed by his little brother, Leo Grey McElhenney who was born in 2012. And, here’s a fun fact, the couple’s youngest son was born after the actress went through labor whilst she was in the audience watching the game of Philadelphia Phillies.

Olson and her family of four share a lavish lifestyle at their million-dollar worth mansion in Los Angeles. Olson moved into their new home after selling their old home two years back in 2018 for $2.8 million.