Who Is Greg Glassman? 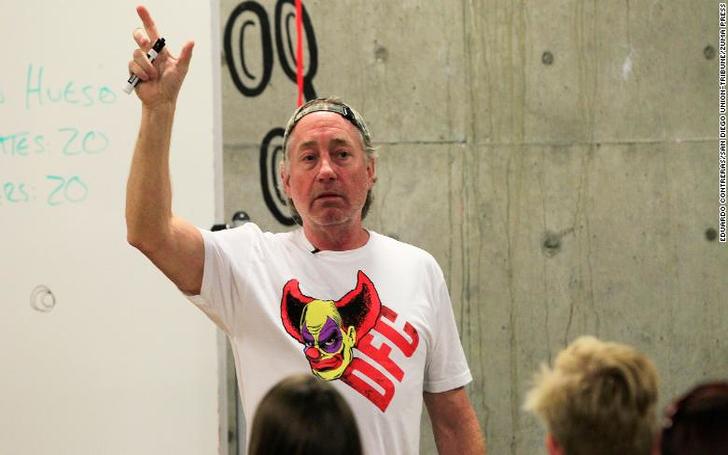 Greg Glassman is an American businessman better known as the founder and former CEO of the million-dollar worth fitness company, Crossfit, Inc.

Glassman is also notoriously famous for his controversial racist remarks at the death of George Floyd who died in the hands of police brutality. Find out more about him below.

Businessman Greg Glassman has been married twice in his 63 years of existence so far, as of July 2020. Glassman was previously married to his first wife, Lauren Jenai with whom he launched CrossFit in 2000 in California.

The former husband and wife, who reportedly married sometime in the nineties divorced in 2013 that involved an expensive and long-run divorce settlement.

Speaking of which, it was published that Lauren gave up from her position and share on CrossFit which she sold it to Glassman for $20 million.

Following his separation from Jenai, Glassman then married his second wife, Maggie Robinson. Glassman and Robinson tied the knot in an intimate ceremony. In addition, Glassman is also a father to a daughter whom he reportedly shares with Robinson.

In the wake of the unarmed George Floyd‘s death who was murdered by cops that led into the worldwide Black Lives Matter protest to secure the African-American’s right to equal privilege and security as everyone in the US, Glassman took to Twitter to share an uncomfortable, rather a few racist remarks.

Greg literally wrote that it’s Floyd-19 on his Twitter account. Other than that, it was also known that Greg Glassman had also informed his employees at CrossFit to avoid mourning Floyd’s death.

Recommended: Kylie Jenner Criticized For Not Crediting A Fan’s Dress

But, after facing heavy scrutiny on the internet, CrossFit released Glassman’s apology letter on their Instagram. Following the outrage over his notorious opinions, Greg also retired and gave up on his position of CEO from CrossFit.

Keep updated at Celebs Closet for more stories and news.