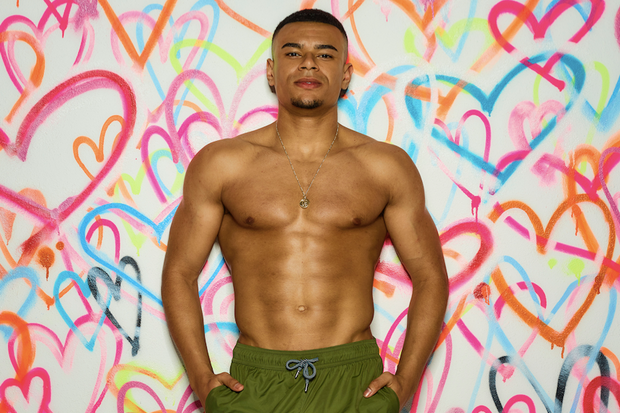 Wes Nelson is all set to ignite romance as well as friendship in British reality show Love Island 2018. The hunk Wes Nelson on his amazing physique and enthusiastic brain box might is stealing the summer surprises this year. Wes Nelson garnered curiosity from Love Island fans when the male contestant who spent £1,000 on a first date revealed to be him. And there is a lot to know about the hottie Wes Nelson wiki. So, who is Wes Nelson dating? Stay with us; we’ll be covering Wes Nelson girlfriend during that history of affairs.

Most of the girls must have gone gaga over 20-years old Wes Nelson. Before appearing in the Love Island 2018, he disclosed his past relationship affair. However, he did not open up on their names.

Well, Wes Nelson had an emotional ride of relationship for two and half year. Unfortunately, it did not continue for the long term. So, he named the relationship as sour.

He agreed on maintaining the romantic bond with a cougar. Since, Wes Nelson defines himself as a mature guy, who is ahead of age, he agreed to advance romance with a cougar. Wes Nelson is yet to taste a married life.

“I believe I’m ahead of my age in terms of maturity and in terms of who I am and my mannerisms; looking for a partner, I’m looking for someone I can settle down with and tame my wild lifestyle.”

Wes Nelson believes in creating companionship in the show because it’s all about expending time for 24 hours a day, seven days a week. Moreover, the contestant Laura Anderson was attracted to him when the secret of spending £1,000 on a first date released after the game. Fans are unbelievably shocked to see the couple Wes Nelson and Laura Anderson sharing their first kiss. Moreover, fans are worried about the pair’s age gap. There’s a lot more of drama in an upcoming episode of Love Island.

He is one of the hot contestants of Love Island 2018. His impression engraved among the girl’s contestant amidst the game where girls had to guess which of the participant expend £1,000 on a first date. Surprisingly, it turned out to be Wes Nelson.

As a result, Laura Anderson raised the gold digger trail on his incurring details. Fans triggered gold digger tag on Laura Anderson because she showed immediate attraction for him after the revelation of Wes Nelson’s pocket expenditure for the first date. Tune in to Love Island to get exclusive coverage of high voltage drama.

He holds the profession of an Electrical and Nuclear Systems Design Engineer. Before entering the show, he flaunted on his intellect, which would make him different and competitive among others.

Well, according to Wes Nelson profession, his work includes designing, building, running or decommissioning nuclear power stations. He would not turn his back when it’s about splashing the cash on girlfriends. Sadly, he has yet to expose his net worth.

Currently, the physique hunk Wes Nelson age is twenty years old. Regarding Wes Nelson family, the details are yet to unveil in the limelight. He has massive followers on Instagram. Thanks to his work out videos, Wes Nelson has been accumulating fans before TV show debut.

“A few of my videos went viral when I was kickboxing and I’ve got a large Instagram following.