Hunger Games Actor Wes Chatham Is A Real Life Military Man; Read His Wiki-Bio Along With His Married Life, Wife ,Children, Movies, TV Shows, Net Worth And The Likes 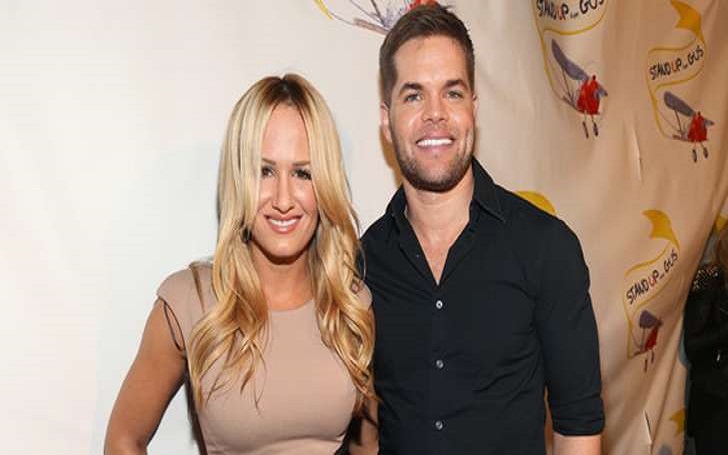 Life starts with B (Birth) and ends with D (Death), everything in between in C (Choice). Our choice determines what we will be in the future. The same choice made Wes Chatham an actor like he’s today. Yes, we are talking about Castor from ‘The Hunger Games Mockingjay.’  Admitted into the military, how he became an actor now? We have the answer for you.

Wes Chatham’s switch from the Military to the Entertainment Industry

Chatham joined the military after high school and little did he know that he will end up in Hollywood. He worked for four years as an aviation firefighter on the flight deck of the USS Essex. It all happened when Denzel Washington opted for Chatham’s ship to shoot the movie, Antwone Fisher.

Wes Chatham was amongst those picked by casting director Robi Reed while he was searching for authentic-looking military personnel for the movie. It was Chatham’s first experience in a movie, which led him to pursue his lifelong dream of acting. After Antwone Fisher, Reed convinced Chatham to move to Hollywood and Chatham chose to opt for Hollywood. Reed cast him shortly after that in his first series regular role on Showtime’s Barbershop. 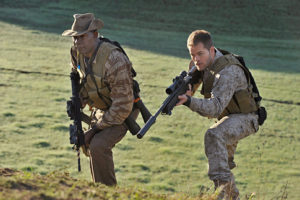 If anyone of you was thinking to be his girlfriend, you better go and find another person for dating. The American actor is not only dating somebody; he is happily married for a long time. Wes Chatham’s and his wife, Jenn Brown got married on  April 7, 2012, in Adairsville, Georgia. His wife is an American sports broadcaster and television host. The couple started dating in 2011. Their love began with an interesting story.

Recommended: Who Is Elaina Watley? Know About Her Wiki-Bio Including Her Age, Net worth, Daughter, Height

Chatham and his wife were long-time friends then, and Chatham was supposed to be Jenn’s wingman to get her a new boyfriend. But Chatham had another idea; he proposed his wife on a rock concert while Jenn’s favorite band, Journey was performing. That was the moment when Chatham got his future wife.

I probably would have looked around and smiled at people, but this made that moment so special and intimate, even with everyone around us.

The married couple now has two children together. Chatham and his wife welcomed their first baby, John Nash in November 2014. John is currently three years old. Again in early June 2016, the adorable couple became parents for the second time. Their second child was also a son.

Now Lets’s move on Wes Chatham’s wiki. Born and raised in North Georgia, Wes saw his parents getting divorced at age two. He spent most of his childhood with his mother, sister, and brother. Born in 1978, Wes Chatham’s age is 39 now, and he just celebrated his birthday on October 11. At age 13, Wes moved on with his father and was kicked out of high school. He was sent to the Gift Centre to finish high school.

You May Also Like: Mark Strehl’s Net Worth, Salary, Earnings, Career, Wife, Children, and Wiki-Bio

After high school, Wes joined the military and eventually shifted to Hollywood. Chatham started to get attention when Paul Haggis cast him alongside Tommy Lee Jones in In the Valley of Elah. In 2010, Wes came with a starring role on CBS’ hit TV show The Unit as Staff Sergeant Sam McBride aka Whiplash.

Wes was also a part of the SAG Award Winning Ensemble Cast in DreamWork’s The Help in 2011. He played as Emma Stone’s brother in the film. The film received four Academy Award nominations in February 2012.

In 2012, Chatham starred a lead role in Joel Silver’s The Philly Kid. He got into the character of Dillion McGwire, performing all of his own stunts. After the movie, Chatham starred in This Thing With Sarah. Wes finished two studio films,  The Town That Dreaded Sundown and  Broken Horses in 2013.

In the year 2014, Wes appeared in a blockbuster movie called The Hunger Games Mockingjay Part 1 and its sequel, Part 2. In November 2015, Wes began costarring as Amos Burton on the Syfy TV series The Expanse.

Wes Chatham Net worth and salary

Earned from his work on movies and TV shows, Wes Chatham’s net worth stands at $1 Million. Wes Chatham net worth can increase in the future depending on his acting career.

The American actor has decided to hide his salary figure from the public. We will let you know soon after Wes publishes his salary.