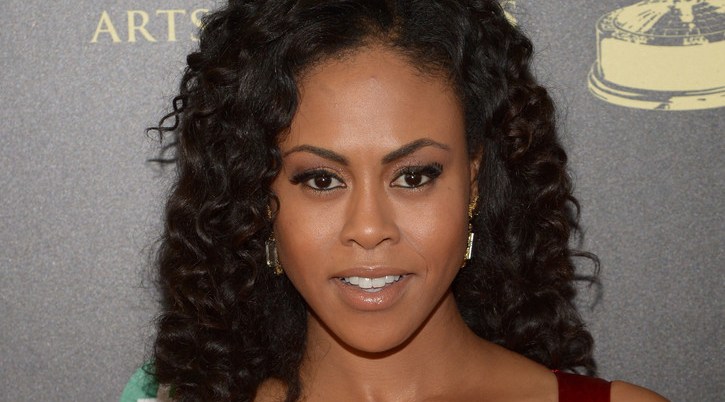 General Hospital is the world’s second longest televised soap opera still in production, 1963 to date. If you haven’t heard of the show, then you’ve been living under a rock. The show is full of great actors, and Vinessa Antoine is one of them. She became a part of the show since 2014, playing the role of TJ Ashford’s estranged mother. Are you excited to know about Vinessa Antoine bio?

On Antoine’s Cooking for Little Men website, it says she got married to Matt Levy at a very young age. But after seven long years of their marriage, the couple got divorced.

Antoine and her ex-husband, Matt Levy, also share two lovely boys together who are the inspiration for her website. She shares photos of her sons on her social media too. But so far Antoine has kept personal details about her boys like names, age, and birthdays private.

Learning valuable lessons about never giving up. He worked hard for a year. Last year was not picked. This year? It’s about to go down….#Samohi #Basketball #vikings #proudmama #letsgo #firstgameofseason #highschool

At the moment, Antoine might be a single mother, but she’s not a single lady. In fact, the actress is dating one of her co-stars in General Hospital, Anthony Montgomery. What’s more crazy is that Anthony’s character, Dr. Andre Maddox, dated Vinessa’s character, Jordan Ashford in the show too.

Another one from the carpet. Had a blast last night with my nominated man @mramontgomery at the @daytimeemmys ! Congrats to all of the winners! It’s nice to be invited to the party. #GH #daytimeemmys #generalhospital #abc #AnthonyMontgomery #VinessaAntoine #onward #upward

Caption: Vinessa Antoine with her boyfriend, Anthony Montgomery, at the Emmys.

There’s no exact information on when the couple started dating, but according to a Twitter post she shared on Valentine’s, we can assume that they’ve been dating for about two years. The photos of her and Anthony had the caption,

“Happy Valentines Day! 2 years ago you came in and changed it all… Love you babe…”

Vinessa Antoine Career and Her Net Worth

In 1996, Vinessa Antoine made her acting debut in the film industry by appearing in a short film called Love Taps. Antoine later appeared in many famous TV shows like Haven, Being Erica and Heartland. In 2014, she debuted in General Hospital where she is currently playing a lead role. In 2018, Antoine made a guest appearance on the TV Series NCIS where she plays the role of Sarah Willis.

Besides acting, the General Hospital star is also fond of writing. In 2016, she launched a website called Cooking for Little Men. On this website, she shares her journey as a single mom while sharing some of her delicious recipes.

According to the website, Antoine is currently working on her first book. However, acting has been her primary source of income. Although Antoine has never disclosed her salary, there’s information on her website that says,

As of 2018, Vinessa Antoine net worth is under review. But according to the report, the figure of her net worth lies between $500k to $1 million.

In 1983, Vinessa Lynn Antoine was born in Toronto, Canada. She celebrates her birthday on July 21st. People professionally know her as Vinessa Antoine. There’s not much information on her parents or siblings. She and her younger brother grew up in Toronto.

Vinessa started classical ballet lessons when she was just 4. In 1996, she stepped foot in the film industry at the age of 13. When she was 18, she joined Alvin Ailey American Dance Theater and studied there for three years. She also went on a tour with American rapper, P.Diddy for six months. Antoine is Canadian and belongs to the black ethnicity.

Antoine currently lives in Los Angeles, California with her two sons. Her zodiac sign is Cancer. As of now, her age is 34. Antoine has an average height of 5 feet 6 inches. To connect with her fans, she uses Instagram and Twitter.