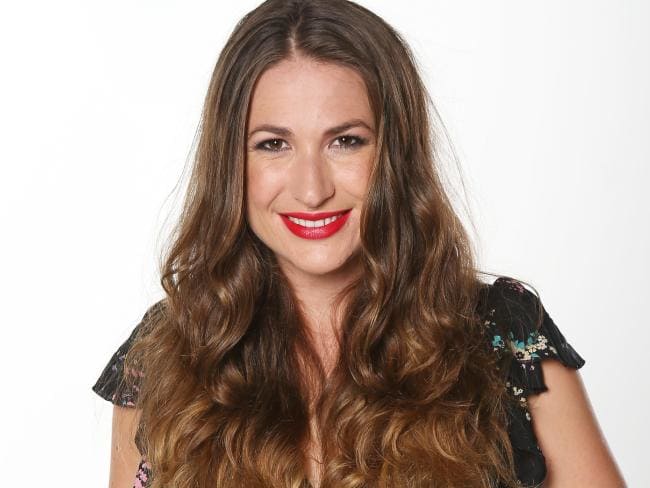 Vikki Campion is very familiar with controversies & making news headlines as she used to be a journalist who worked for The Daily Telegraph as an urban affairs reporter. In 2016, she ended her career as a journalist & started her career in politics. She used to work for Barnaby Joyce’s office as a media advisor to Deputy PM but, as of now, she doesn’t work for both of them. A few months earlier, Vikki made headlines because of her pregnancy and an unplanned child. So, who is the father of Vikki Campion child? Has Vikki Campion married someone? Or, is Vikki Campion dating her boyfriend?

Campion recently became a mom for the first time. She had an unplanned child amidst all the controversies regarding the parents. She had a physical relationship with her former employer, Joyce.

On 7th February, Daily Telegraph printed the pregnant pic of Vikki. Both parties who made headlines out of the situation are her former employers. Barnaby Joyce had an extra-marital affair with Campion.

When the news broke out about Joyce & Campion relationship, she shifted her workplace to Resources Minister Matt Canavan’s office. After his relationship with Campion started, he ended his 24 years of marriage with ex-wife, Natalie with whom he has four children.

On 23rd February 2018, Joyce resigned as Deputy Prime Minister of Australia. Last year, Campion drifted from Joyce’s office to Resources Minister Matt Canavan’s. Nevertheless, amongst all the media backlash Campion gave birth to her first child earlier this year. As of now, she stays at home & has deleted all her social media feeds.

Before her relationship with Barnaby Joyce began, Vikki Campion was engaged to a digital consultant named John Bergin. Campion and partner, John Bergin were set to tie the knot on 5th November 2016, but the wedding ceremony never took place. John left Campion in August 2016.

As of now, Vikki Campion is romantically linked to Barnaby Joyce. She and her partner Barnaby Joyce named their baby Sebastian Barnaby. Campion gave birth to the baby boy on 16 April 2018 in Armidale Hospital.

When Campion started an affair with Joyce, he was a married man. His ex-wife goes by the name of Natalie. They divorced in December 2017. Joyce shares four daughters with his ex-wife, Natalie. When asked about Vikki Campion and Barnaby relationship, Natalie said:

“I am deeply saddened by the news that my husband has been having an affair and is now having a child with a former staff member.”

Campion is seventeen years junior to Joyce. Joyce is 51 years old. Despite all the national political scandal, both are happily living together with their newborn child.

How much is Vikki Campion Net worth?

In May 2018, Vikki & former Deputy PM were paid around $150K by the Seven Network to give an exclusive interview together in Sunday Night program. Last year, she earned $190K from her job. Currently, Vikki is living a lavish lifestyle but how much is Vikki Campion net worth?

In 1985, Vikki Campion was born in Queensland, Australia. She celebrates her birthday on March 5 that makes her age 33. She is a former journalist and political media advisor. At the age of 21, Vikki started working. She went to a high school in Tolga.

Vikki has two siblings. Her father Peter Campion is a retired firefighter. On his remark over Barnaby Joyce & his daughter scandal, Vikki’s father, Peter said:

‘We’re saving a place by the fire and by the fire, i mean over the fire. I’ve got rather a taste for lamb roast at the moment and i think the deputy prime minister on a spit would be quite a sight.’

Vikki acquired News Corps’ Young Journalist of the year award. Before moving into media advisor roles for politicians, she was a journalist for eight years.

Vikki is Australian and belongs to the white ethnicity. Her zodiac sign is Pisces. She has an average body with a height of 5 feet 6 inches.

Vikki is not active on any social media.