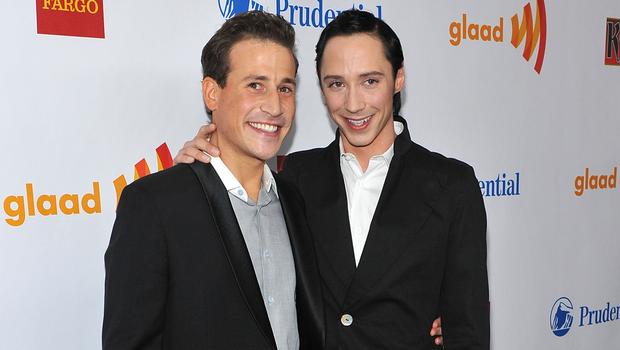 Victor Voronov is the ex-husband of Johnny Weir, an ice skater, and Olympics gold medalist. The three-time U.S. national and two-time Olympian champion started his journey as a commentator in Sochi for the 2014 Games.

Many of us know a lot of things about Johnny Weir’s life but, a lot of us are unknown of the facts about his ex-Victor Voronov’s life.  Let’s learn in detail about Victor Voronov’ married life with his ex-husband, Johnny along with his wiki facts.

Victor Voronov quit his job before marrying his now ex-husband, Johhny Weir who is a famous skater. But their relationship couldn’t sustain for long and went through few ups and more downs which resulted in their separation.

Victor Voronov married partner Johnny Weir at a New York City courthouse in December 2013. But the feelings of love took a drastic turn as Voronov accused Weir of domestic violence.

The separation was bitter because they had a lot of love for each other. After their divorce, Voronov revealed:

“I feel betrayed, heartbroken, shocked. I was blinded by fear. The thing is, love and fear go hand in hand. It was walking on eggshells every single day…I’ll always love him. Yes, I love him. What he’s done to me is unforgivable.

It is the most conniving behavior I’ve ever seen anybody do, but that doesn’t take away from the fact that I love him.”

Victor Voronov was quite angry about his divorce from Johnny Weir. After parting ways with Johhny Weir, the newly single Victor met Joti Polizoakis, an ice dancer, at an Atlanta airport in 2014. The duo instantly hit it off and moved to Detroit. They engaged in December 2015, but sadly, parted their ways in August 2016.

Voronov later detailed the reason for their split, admitting:

“I’ve always had the concern that I’m here for a visa. I’m sorry…citizenship”

As of now, Voronov is possibly single and could be looking for a perfect boyfriend. He admitted if he gets married in future, it won’t be a legal process but a commitment, verbal.

The ex-husband of Johhny Weir, Victor Voronov was born in the year 1984 in Russia. He celebrates his birthday on 4th of July, which makes his age 34. He belongs to Russian ethnicity.

Victor graduated from Georgetown University Law Center. Before that, he studied at Emory University in Atlanta where he earned his undergraduate degree. Victor was the president of the chess club and on the Dean’s List at Emory.

According to his Linkedin profile, he is currently working at a law firm in Detroit. His profile states that he is a donor of charities such as Human Rights Campaign, which actively fights for LGBTQ rights.