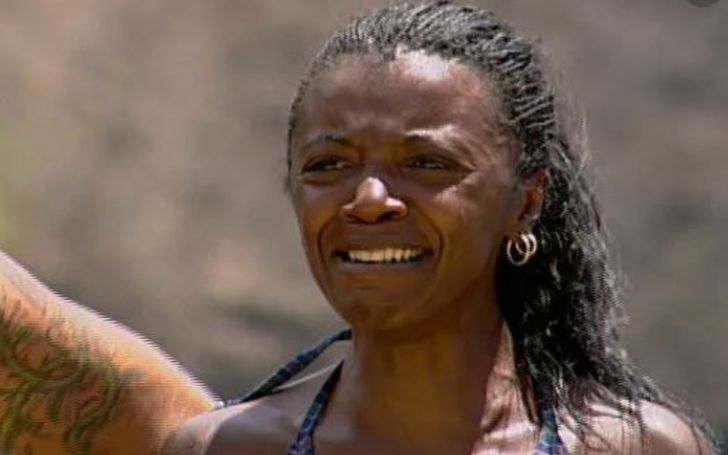 People who followed the reality show Survivor are most likely familiar with the name Vecepia Towery. The 55 years old African American won the Survivor: Marquesas and received fame and glory for her tenacity in the whole season.

Towery also served the U.S Air Force during the Gulf War. After the end of the fourth season journey, she is living a peaceful life with her loved ones.

Unlike many other celebrities, Vecepia has a normal relationship timeline. The African-American girl never got caught with useless controversies or any type of media-breaking news of her romance. Actually, the season four winner lives a normal life with her husband Leander Robinson.

The couple tied the knot in on the 5th of May, 2002. They welcomed their fledgling in 2004. The birth of her child became the topic of a TLC documentary A Baby Story. She named him Jordan Levon Robinson.

The long-time couple resides in Hayward, Calif. They have a pet dog named Kunta. The Robertson family’s media-free life is something all celebrities envy after a long day of flashing cameras and paparazzi.

Towery resurfaced the media screens in 2009. She joined the previous eighteen winners of the Survivor in a TVGuide “Survivor Millionaires: Where Are They Now?“.

Following the year on the 9th of January, Vecepia attended Survivor’s ceremony for their ten-year anniversary. From then to the end of 2019, the once-celebrated survivor rarely makes her appearance in front of the camera.

Exploring Vecepia’s net worth is as hard as digging out the details of her family members. On fair speculation, she could have an estimated figure of $1 million.

The retired U.S army served in Turkey Desert Storm. A six years service in the military sector means she gets an annual payment for her contribution. This adds to her revenue.

Other sources of her income include her work as the guest relation manager for the St. Rose Hospital located in Hayward. Last but not least, she grabbed a whole million dollars after she won the Survivor’s fourth series.

Vecepia won the Survivor: Marquesas on the 19th of May, 2002. She got entitled to the first African-American person to win any type of reality show.

The girl defeated her competitor and runner up Neleh Dennis with a voting majority of 4:3. While the ex-military rejoiced her victory after a hectic season, there were several others who were unsatisfied with the final results.

The major complaint about Vecepia was her unenthusiastic approach to the whole competition. People poked her with comments like “deceitful” and “holy roller“.

This kind of attitude might have turned off her competitors or people on their couches judging the girl from home but in fact, this the very personal trait that helped Towery glide through the show.

Whatever the journey tactics, winning the whole show is no joke. The victory shows the character’s ability to blend it with the provided environment and figure out a way to dodge the blemishes.

Vecepia’s potential to fly under the radar and flipping between the alliances really separated her from the rest of the horde. She won under fair rules so, anyone not mature enough to appreciate her work might want to reconsider their priorities.