“Love You” was His Last Words; Vashti Whitfield Lost Husband to Cancer 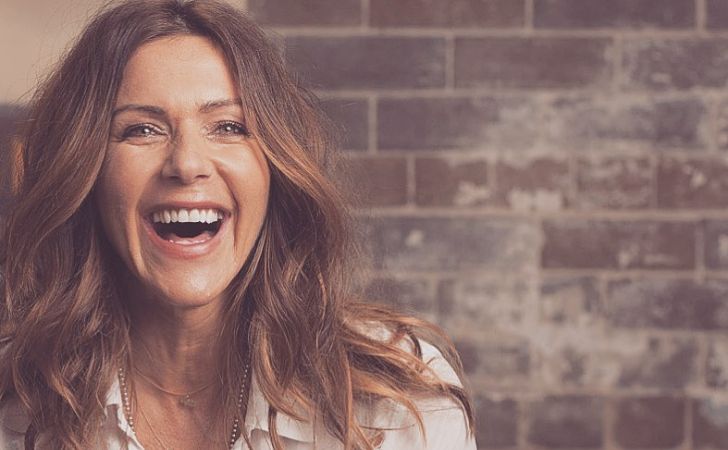 Suffering from cancer is one thing, but losing the most important person in your life to cancer is a whole different story. Vashti Whitfield is still going strong although she lost her husband to cancer back in 2011.

Vashti Whitfield’s story will make you emotional, it will inspire you to do more in life and value what is really necessary. So, stick to the end and lets jump right in.

Vashti Whitfield is a Pitiful Widow

Vashti Whitfield was married to famous actor Andy Whitfield. Andy is famous for starring in Spartacus.

Her first meeting with Andy was a casual one which occurred through their mutual friends. Vashti recalls thinking, amazing blue eyes, but too skinny for me.

Years later, in 1998, they stumbled upon each other in London while Vashti was on her way to the gym and they became friends. The eyes met and they fell in love instantly, however, they did not go out as Andy just broke up with his longtime girlfriend.

The year was 2010, Andy went into the doctor’s office for a check-up and the tests showed a part in Andy’s abdomen was contaminated. The duo was told to wait for the test results until Friday.

Andy and Vashti went for dinner on Thursday. They both got themselves a tattoo of the phrase ‘Be Here Now’. Vashti said that they got the tattoo so that Andy could feel he was in control of his body. ‘I love you Vashti, that’s why we’re here together’ said Andy.

The next day around 11 AM both of them sat on the couch and waited for the doctor’s call. The doctor called but the results showed that Andy was diagnosed with cancer in a lymph node in his abdomen. This wasn’t the first time Andy was diagnosed with the same disease. He once almost defeated cancer with six months of treatment, but this time he was not going to defeat it. This time he was going to die.

Vashti described the feeling she felt at the time as

It felt like someone had thrown me into icy water and at the point of drowning had lifted me out. That feeling of gasping for air washed over me.

Andy started the treatment once more. He went through chemotherapy and other treatment methods. Andy let his kids shave his head and have fun pretending the hair as mustache. Even after knowing his death was around, all Andy wanted was his children to be happy.

Goodbye to the Kids

Vashti described that telling the kids was the most difficult part. She took the children to Andy’s room where Andy was lying on his bed sick as hell.

Vashti said to her children that their dad’s body was broken and he was going to sleep and never rise up again. Jesse cried his eyes out and said that he did not want his daddy to go. But fate was not so kind.

Jesse and Indigo climbed into the bed where Andy said

The kids went on and Vashti climbed onto the bed and told Andy that he can go now. Andy was quiet for a while but suddenly out of the blue he said “Love you” and Andy was gone.

After all these years after Andy’s death, Vashti has not married anybody and she is leading an inspirational life creating awareness about cancer. She has become a renowned author, a coach, and a cancer facilitator.

Vashti also released a documentary titled Be Here Now protecting the legacy that her husband left behind. Both Andy and Vashti have inspired millions of people across the world.

YouTube: Watch Vashti talk about Andy, Parenting and being a single mother

The Paddington native’ children keep on telling her that they want to see a new daddy but Vashti is not so sure about moving on and getting married. Well, for now, she is doing a remarkable job for society.