Vanity Fair After Party: Liam Hemsworth and Wife Miley Cyrus Are The Hottest Pair Around 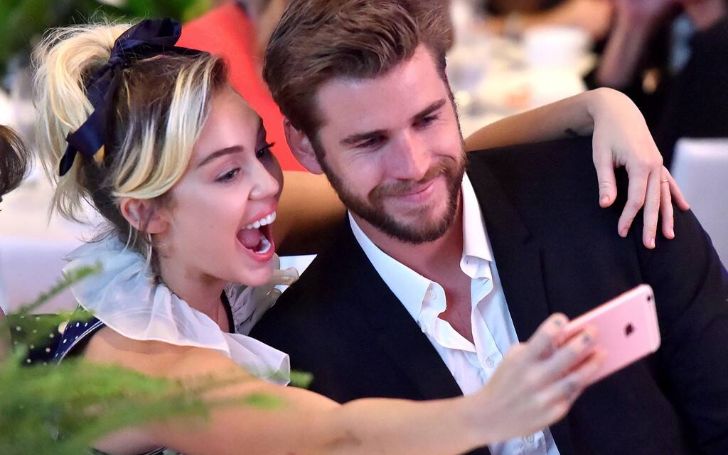 Liam Hemsworth and Wife Miley Cyrus Are The Hottest Pair Around at the 2019 Oscars!

Miley Cyrus and Liam Hemsworth didn’t make an appearance in the 91st Oscars. The duo, however, made their presence known with a sizzling hot red carpet entry in the Vanity Fair’s official after-party.

The singer made a jaw-dropping appearance rocking a black and shiny gown with a plunging neckline complimented by black sandals, chandelier earrings, a snake necklace with green stones, a thick bracelet, and a variety of stacked rings. Her dress was Saint Laurent and jewelry was Bvlgari. 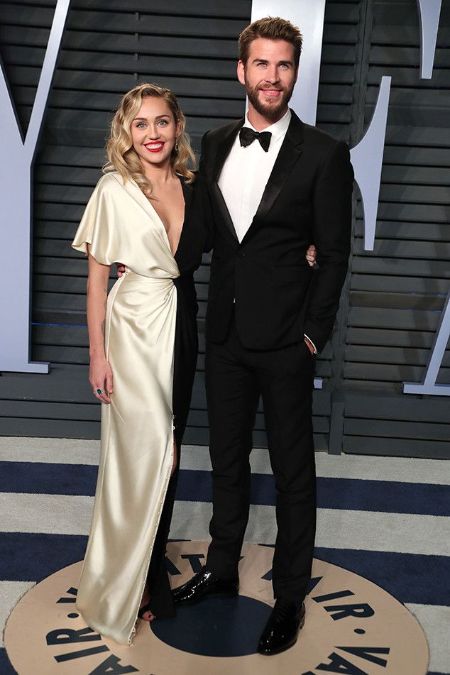 Meanwhile, Hemsworth, who didn’t appear at the 61st rendition of Grammys, appeared sharp in a black suit accompanied by a bowtie and velvet lapels. The actor was absent in the recent Red Carpet events. Reportedly, the actor checked in to a hospital for undisclosed health issues.

He also missed a series of events for his rom-com, Isn’t It Romantic? earlier this month. Instead, Miley came to her husband’s rescue as she took his place at the film’s L.A. premiere about two weeks before the Oscars.

Miley Cyrus and Liam Hemsworth: Regulars at the After-Party

The award show’s after-party is something of a tradition for Miley Cyrus and Liam Hemsworth. As a matter of fact, Cyrus and Hemsworth have never missed the event over the years.

The actor-singer duo that eloped back in December 2018 also joined other celebrities in a red carpet event for a pre-Oscars dinner hosted by Chanel on Saturday night. Miley dressed in a playful, pastel tweed separated by the French fashion house while Liam presented himself with elegance in a deep green velvet blazer.

Cyrus claimed that she didn’t catch on most of the Oscars broadcast. However, the Wrecking Ball singer maintained that she is proud of the producer and collaborator Mark Ronson for jointly winning the Best Original Song with Lady Gaga for Shallow. The single is from the Oscar-nominated movie A Star Is Born.

Me and Ronson are working on our next record together.

Miley and Liam, sure are the most stunning power couple out there. The duo proved to be one of the best-looking couples in the Sunday night after-party.

It’s Over: Miley Cyrus and Liam Hemsworth Divorced After Less Than a Year of Marriage. The duo walked down the aisle in December 2018, but just after 8 months into their marriage, the duo called it quits.

Miley’s rep told in a statement that the duo agreed to separate and that it was for the best as they still want to focus on their career and themselves.

Following their divorce, Miley Cyrus packed on PDA after kissing Brody Jenner‘s former partner, Kaitlyn Carter while on a vacation in Italy. The news was confirmed by MailOnline.