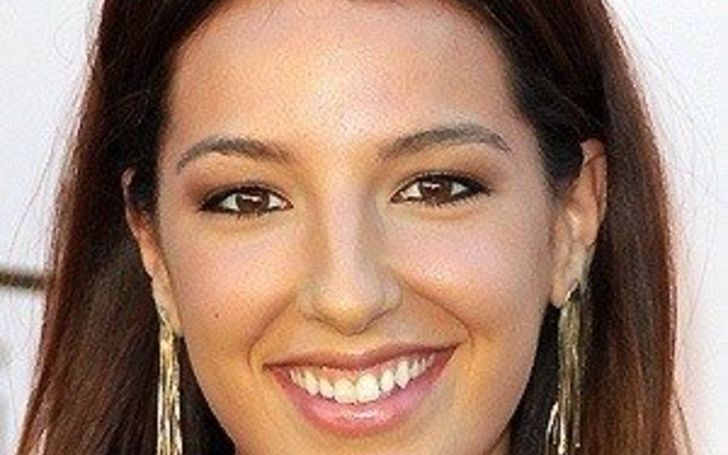 Vanessa Lengies, the Canada-born actress is full of surprises. She is also a really talented dancer. But that is not what she is recognized for. She has appeared in many notable roles throughout her career. Her role in Joanne Charis in Stick It (2006) boosted her popularity and fame throughout the world.

The dating queries and her relationship satus have been rising smong the fans, So we oresent here today with all the details of Vanessa Lengies Dating, Relationship History, Rumors and Truths and more.

Vanessa Lengies and actor Kevin McHale‘s dating news made headlines a few months ago. But were they actually dating or what? The answer to that question is a big NO.

Kevin McHale and Vanessa Lengies cannot be possibly dating. And the reason behind that is the fact that Kevin McHale is gay. After a lot of speculation from the fans, Kevin finally opened up about his sexuality.

McHale confirmed that he was gay by posting a picture of him cuddling with another man at Coachella. That man was none other than actor Austin McKenzie.

Who is Vanessa Dating Now?

So, further going through Vanessa’s love life, she is currently single and more focused on her career according to FamousFix. Maybe, she is tired of the rumors and short term relationships with other celebrities.

Who has she dated in the past?

Talking about her past affairs, she has dated a couple of men. Her first boyfriend opened to the media is Will Estes. The couple dated for about two years starting from the year 2002. Will is an American actor known for some awesome roles in series like Blue Bloods, American Dreams, and more. Although the couple is separated, Vanessa once stated in an interview that they still catch up sometimes.

The 35-year-old actress also dated Jamie Waylett after separation from Will. The couple dated for short after they met in the year 2007. The actor and actress were happy with each other while in a relationship but things didn’t work well later.

It turned out pretty fine for Lengies because a few years later in 2011, Jamie got arrested in London as reported by BBC.

The Glee hitmaker surely earned some decent amount of money appearing in many television shows. As of 2020, she has been able to make her net worth $7.5 million. The primary source for such great wealth is her career as a Canadian Actress.

Vanessa Lengies has a great net worth from her career
Image Source: Alchetron

Some of her best-known projects to date include American Dreams, Glee, Stick It, and many more. In Glee, she appears alongside some really notable TV actors including Naya Rivera, Lea Michele, Cory Montieth, and many more.