Tye Sheridan Was Rumored To Be Dating Sophie Turner Before! No Sign of Girlfriend in His Instagram! 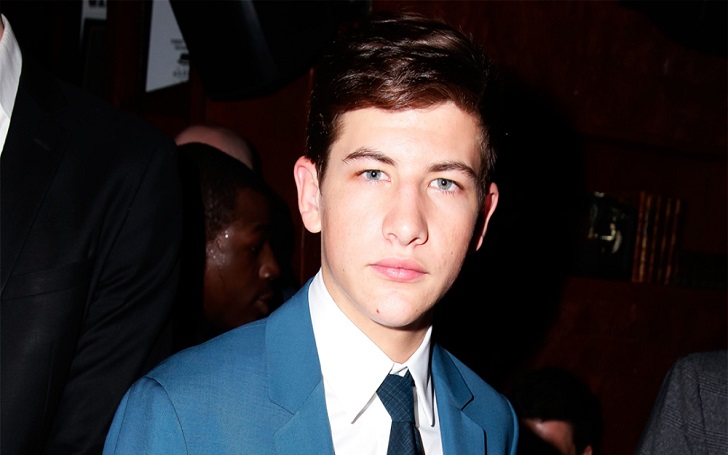 Tye Sheridan left the audience amazed by his performance as Cyclops in the movie X-Men: Apocalypse in 2016. The 20-year-old actor showed his outstanding acting skills in the movie.

There were rumors about Tye Sheridan dating Sophie Turner who was Tye Sheridan’s co-star in the movie X-Men: Apocalypse. Was it only a rumor? Let us find out the decoded version.

Tye Sheridan and Sophie Turner dating, Is it only a rumor? Who is his girlfriend then? Let’s find out.

Tye Sheridan and his X-Men co-star Sophie Turner were spotted together many times together back in 2015. The rumor of the two dating was all over media, and Sophie Turner was speculated to be his girlfriend by many of their fans and followers.

They were seen going out for lunch together. The duo was also seen walking down the Oxford Streets together. The rumored couple looked close to each other and were also spotted hugging each. However, none of the two opened up about the relationship and never responded to their dating news.

There are no past dating records of Tye Sheridan before Sophie Turner nor does he have any girlfriend these days. So ladies, good news to you all, Tye Sheridan is Single.

Tye Sheridan was born on 11th November 1996, in Elkhart, Texas, the USA to mother Stephanie Sheridan and father, Bryan Sheridan. He has a sibling, a younger sister Madison Sheridan.

Tye started his acting career in the year 2011. And when Tye started his acting he had no experience. Sheridan got a chance for a breakthrough role in  Terrence Malick’s  “The Tree of Life.” He appeared a lead character for the first time in Jeff Nichols’s film Mud in 2012 with that he came to limelight. Till date, he has starred in many movies and many to come.

Sheridan who rose to fame from X-Men: Apocalypse as Cyclops / Scott Summer. His robotic costume in the movie made him look extraordinary. He will be reprising his role as Cyclops in X-Men: Dark Phoenix which is dated to release in 2018. He will portray lead character in his another upcoming movie “Ready Player One” which is also dated to release on 2018.

Talking about girlfriend and dating at present, he is single and just engaged in his work. He is equally famous in social media. His Instagram account has 43.9k followers with 71 posts. He had once shared his picture with a baby.

Many people have mistaken the baby as his son. It was just a misunderstanding as the baby was his aunt’s son.

He seems to love spending his free time with his cousin and his family a lot.