Home Entertainment Ty Panitz Impressed Critics in Bones; Where is He Now?

Ty Panitz Impressed Critics in Bones; Where is He Now? 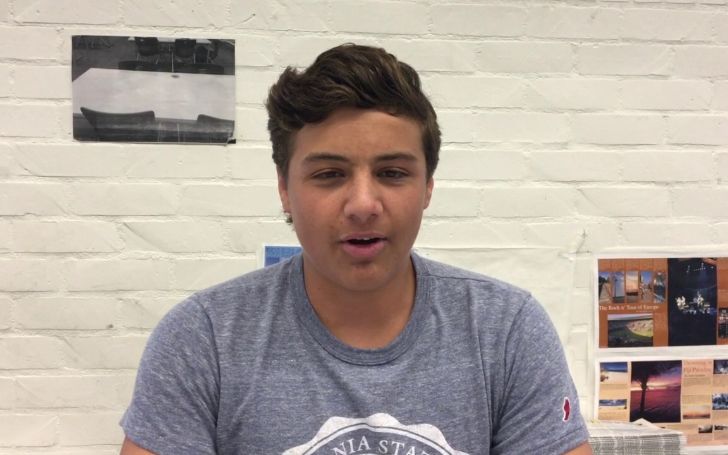 What to say about Ty Panitz? The adorable little boy won the hearts of many appearing as Woody in How To Eat Fried Worms. That same little boy is now already 20 and is still winning hearts.

Still funny as ever, Ty’s appearance in hit series Bones is unforgettable. It’s been a while since he appeared in any series or movies. Let’s find out all about the young lad.

Ty started acting from a very young age. One of Ty’s biggest break to date is Bones. He appeared as the funny and adorable Parker Booth. His appearance not only made him a popular child actor but also earned him a decent amount of money.

As of today, Ty has an estimated net worth of $100,000. Ty would be richer today but after Bones, he stopped acting and decided to focus on his studies. In an interview, he said he would love to go back to acting in the near future.

YouTube: Watch Ty Panitz Talk About College and Wish to go Back to Acting

Some of Ty’s major role includes Austin North in CSI: Miami, and Ethan in Yours, Mine, and Ours. His commercials and voice-overs are also really famous.

What is Ty Panitz upto Now?

Years before, when Ty was asked if he would like to continue his acting career, he said that he would until 22. When asked why he said he wanted to be a football player. Maybe that is what Ty is up to at the moment.

Currently, Ty is studying at Mira Costa College and has plans to go to the University of California. In a recent interview, he also said that he has plans to go to law school. Maybe this is the end of his acting career but who knows, he might be preparing for a huge comeback, right?

Stick around at Thecelebscloset for more celebrity news and entertainment.