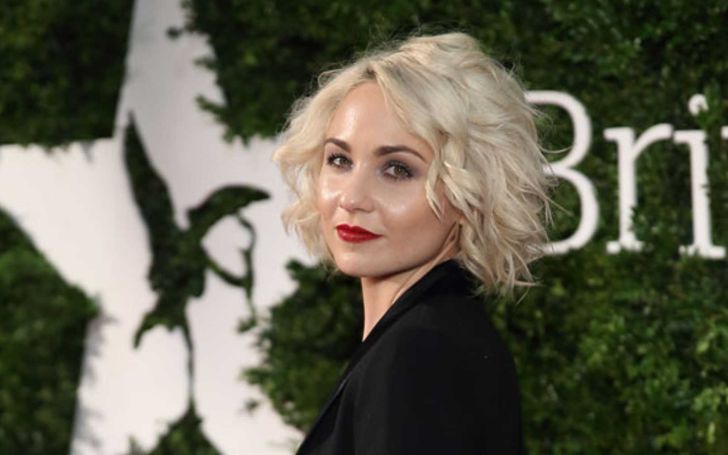 Consider as a shy child on her early age Tuppence Middleton, made the world WOW! with her amazing acting talent in numerous movies and TV series.

For her performances on the big screen, she has made a lot of fans and admirers around the globe. With fame, the question arises to her fan and public about her personal life. Is she dating? If yes then who is the lucky man? So Let’s Know more about her in detail to remove your confusion.

Who is Tuppence Middleton?

Tuppence Middleton is an English actress famous among the public for her featured films such as Tormented (2009), Chatroom (2010), Jupiter Ascending and more. Middleton received a nomination for London Evening Standard Film Awards 2010 for Most Promising Newcomer.

Found this dreamboat in Paris @billy_temperton

Tuppence Middleton was named Tuppence after her mother’s childhood name given to her by Tuppence’s grandmother. She was raised in Clevedon, Somerset and was a shy child since the beginning and enjoyed reading and telling stories. She didn’t have many friends in her childhood days. The 32 years’ old was always interested in school plays since her childhood and was directly involved in many of them.

Tuppence Middleton is currently in a dating relationship with her boyfriend Robert Fry. The name doesn’t ring a bell? Well, that’s because Tuppence eschewed having a celebrity as a boyfriend and went for a common artist instead. Being that she is an art lover, we can totally understand!

Middleton and Fry have been dating for at least a couple of years now. She revealed her relationship status to Daily Mail in early 2016 at the Saatchi Gallery in Chelsea, where she said;

I’m here tonight with my boyfriend.

Robert Fry, born in 1981 hails from North London. He is a figurative painter. At the event where they were spotted together, Fry also had something to say to the media, revealing that they met a while ago.

We met through a mutual friend a while ago.

A month after that, they were spotted by paparazzi cameras out and about on the streets of London. The pair were sure not to give away to much PDA’s as they held hands while they hopped from shop to shop.

Middleton rarely posts about her romantic life on her socials, however, in March 2017 when Fry signed up for an Instagram account, Tuppence was the one that broke the news to her fans requesting that they follow him.

The 31 years old’s relationship with Fry is the first to come to media attention and though she might have had a relationship, even if she has, she is not going to open to the public. She was never married so she doesn’t have any kid for now.

Only time will tell if the North London lad would be the one she walks the aisle with and probably fathers her children. We’ll keep our fingers crossed until then.

How Much Net Worth Does Tuppence Middleton Have? What About Her Earnings?

After being nominated for the London Evening Standard Film Awards 2010 for Most Promising Newcomer, Tuppence Middleton has posted an incredible career thus far. While her earnings have never been revealed to the media, her net worth amounts to an estimated $3 million as of 2019.

With 44 acting credits to her name, she has starred in the movies like Jupiter Ascending in 2015 that has a gross collection of $184 million at the box office with the budget of $176 million. Likewise, her other big budget movies include The Imitation Game, Cleanskin, Trap for Cinderella, Spooks: The Greater Good and many more.

In contrast to her Silver Screen roles, she has also appeared in the Tv series like Sense8, Dickensian, War & Peace, Spies of Warsaw, Inspector Lewis, Sinbad and more. Likewise, she is featured in the post-production TV series Shadowplay.

As an English actress, Middleton earns a minimum of $1,605 per week. Additionally, in England, the average figures earned by an actor is $32.84 per hour.

Middleton, in addition to her filming career, has also given voice to the Lady Lucille Waycrest in the video game World of Warcraft: Battle of Azeroth. As a voice artist, she receives around $26.78 per hour.

Tuppence now has a total of 44 acting credits under her name. She appeared as Alwyn in Fisherman’s Friends in 2019. Middleton also has five other projects coming this year or the year after.

Tuppence Middleton has a slim body figure with a tall height of 5 feet 7 inches and a weight of 56 kg.

The Jupiter Ascending actress has dark brown hair with a pair of attractive hazel eyes. Additionally, she consists of a chest 34 inches, Waist 24  inches, and Hips 35 inches. Similarly, Her Bra size is a 34D and shoe size is 6.

Where and when was Tuppence Middleton born?

What nationality does Tuppence Middleton belong to?

What is Tuppence Middleton’s ethnicity?

What is Tuppence Middleton’s eye color?

Which color of hair does Tuppence Middleton have?

How tall is Tuppence Middleton?

How old is Tuppence Middleton?