Do we still see Troy Polamalu in the game after his retirement? A history created by Troy’s stat which is still remarkable! 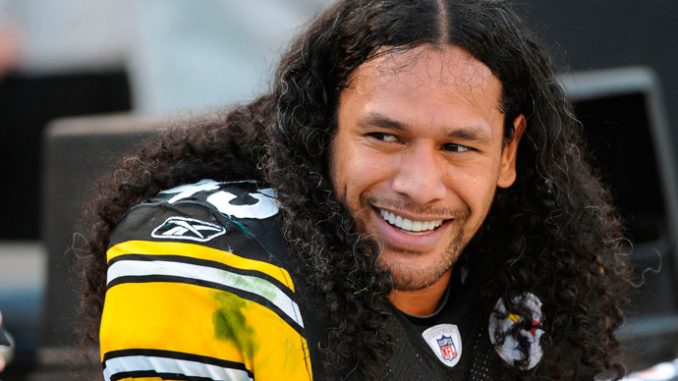 An inspiration to his teammates with his energetic style of play that made a notable journey up to 12 years, the fans won’t get to see his play in the game anymore.

The professional football player who finished his 12-year career with 770 tackles, 32 interceptions and three touchdowns official announced his retirement on April 10, 2015.

The most recognizable player in the league on the Pittsburgh Steelers with long hair in the field is Troy Polamalu who is counted among one of the best among very few as a defensive star.

Troy believe in being faithful as he said in the quote:

“Success in football doesn’t matter. Success in anything doesn’t matter. As Mother Teresa said, God calls us not to be successful but to be faithful. My prayer is that I would glorify God no matter what, and not have success be the definition of it”.

Why he avoided the Steelers after his retirement?

He didn’t make his decision to retire. Steelers didn’t want Polamalu to play any further when Troy signed a three-year deal before the 2014 season, but by the season’s end, Steelers don’t want him any longer.

Demoff said the initial news came as quite a shock to Polamalu because he never considered that he wouldn’t play in 2015.

“I don’t think that there’s any bad feeling on his part. I believe that in his way he just had to step away from football — ESPN, the NFL Network, anything involved in football.”

Though he had many opportunities in broadcasting and playing on another team, he didn’t want anything other than Steelers. The retirement decision was the toughest decision as once Troy told Herald-Standard that-

“It was just whether or not I wanted to play. I had talked to a lot of people about what I should do with my situation, and what they kept saying back to me, and which was not a sufficient reason, was ‘Troy, you played 12 years in the NFL, you won Super Bowls, won individual awards.”

There’s nothing left to prove. You have a legacy.’ And I just kept saying, ‘First of all, I don’t care about a legacy. Second of all, I play the game because I enjoy it.’ That’s the reason to keep playing”.

Caption: A short tribute by bored film grads to Troy Polamalu on May 21, 2015.

After retirement life of Troy’s is that enjoyable? Let’s dig in more.

After retirement, most of the time is spent by him with his wife Theodora Holmes and his two children Paisios Polamalu and Ephraim Polamalu. 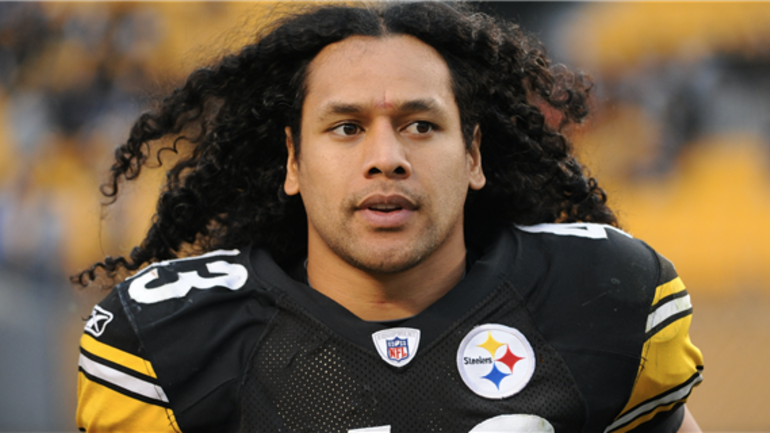 He’s also involved in social work by working with several charitable foundations and promoting the game of football overseas. He even traveled to China with former teammates like Taylor and Ryan Clark.

The most distinguishing characteristics of Polamalu’s where his hair allowing him to get recognized on the field. A million-dollar insurance policy paid by P & G claiming the Guinness World Record for the “highest insured hair” from Lloyd’s of London for Polamalu’s hair in August 2010.

He also appeared in five commercials of Head & Shoulders for the product before his retirement.

Some rivalries fight on too, right Julius? pic.twitter.com/aB7HWKQALx

He plans to get rid of the great hair looks for an important reason. Polamalu explained on his page of Facebook-

“We talk about supporting veterans often, but now its time for us all to DO something. I’m getting a ceremonial haircut this Veterans Day for the #VFWManeEvent with Veterans of Foreign Wars VFW I DARE you to join me. www.VFWManeEvent.org”

Caption: He cut down his legacy hair to support veterans posted on September 19, 2013.