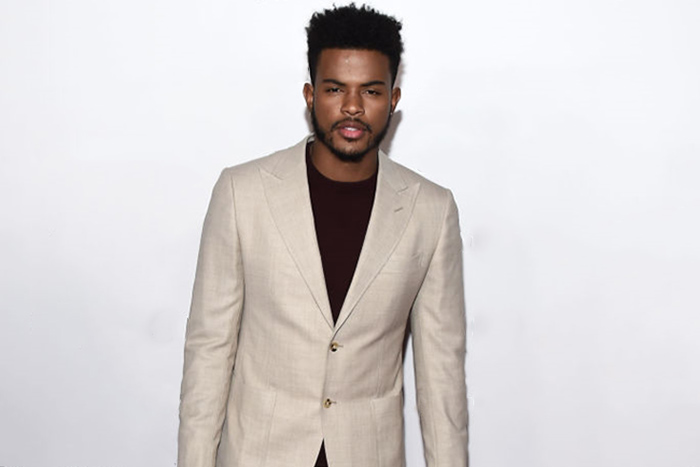 Trevor Jackson is an American actor, who is known for his lead role in a crime drama film Superfly. He is also best known for keeping his private life, well secret. He does share tons of pictures with his friends and family, but when it comes o his dating life, Trevor is the master at hiding it from the limelight.

Trevor Jackson and Zendaya had been rumored to be dating for years, but the couple always insisted they were just besties. It is evident that the two have history, but whether they were ever more than just friends, remains to be a confusing topic. So join us, as we’ll take a walk down to know about Trevor Jackson girlfriend and his dating affair. Also, we’ll be exploring Trevor Jackson wiki facts, bio, net worth, age, height, and parents.

Well, ladies, Trevor is off the market as he is rumored to be dating an American actress, Zendaya Coleman for years. But the duo hasn’t confirmed their relationship and always insisted they were just besties.

Trevor confirmed that he is just friends with Zendaya, but also spilled that he wasn’t sure what would happen in the future. He even said:

“We’re just so focused on everything going on [in our careers], that wouldn’t even be possible right now. But you never know. If it happens, it happens,” “We talk to each other about relationships and different things, but we’re close, and I don’t want to lose that.”

Trevor never had the intention of losing Zendaya from his life as she means so much to him. The couple also tweeted each other on Valentine’s Day of 2015.

Last year in an Interview with Vogue, Zendaya opened about having a secret boyfriend for four years. She spilled:

“It was my first love. It wasn’t a good ending,” “You know you’re OK in a breakup when your first thought is not, ‘What did I do wrong?’ It’s, ‘That was the dumbest decision of your life, and you’re going to regret it forever.”

According to the fact, Zendaya was dating this secret boyfriend during her peak friendship with Trevor (and the fact that they walked the red carpet together a bunch of times), fans are pretty sure it was, in fact, Trevor.

Zendaya is moving on, but she said that since the split, she hadn’t dated anyone else.

The American TV actor, Trevor Jackson was born in the year 1996 in Indiana, USA. His birthday falls on 30th August, which makes his age 21. He is of black descent and enjoys a tall height of 6 feet.

His parents Kevin Jackson and Cam Baxter raised him along with his two elder siblings. Although Trevor comes from a family interested in basketball, at the age of eight, he decided that he would instead work in the entertainment industry.

While growing up, Trevor played basketball as his father and his brother were very much into it. At first, Trevor wanted to be a player as he was tallest among his friends at school, but later he realized his potential in dancing and chose it as his career path.

His parents always supported him all through his career. Since his early days, he played songs at parties and school. He even performed on Showtime at the Apollo. He also won the role of Young Simba on the national tour of The Lion King musical at the age of eight.

Trevor Jackson’s Net Worth: How Much is He Worth?

After The Lion King, Trevor had become a very well-known child artist in the entertainment industry. He got many offers from different movies and Tv shows. He appeared in various films like A Beautiful Soul, Let It Shine, many more.

Trevor even released his first album with the Atlantic Records called Like We Grown. It was a big hit, and his fans started demanding another album from him. Seeing the positive response, he released another album called #NewThang.

Trevor also appeared in the TV show Eureka where he had a recurring role as a Kevin Blake. He even created a YouTube channel and started posting tracks and behind the scenes of his song production. The channel garnered many views and subscriptions from his fans.

Through his hard work and successful career from a very young age, Trevor has earned a handsome amount of money. As of 2018, Trevor has appeared in another crime drama movie Superfly as the lead role, which helped him to make quite an impressive sum. However, we can assume Trevor Jackson net worth is in a million dollars.

But what’s the figure of Trevor Jackson net worth?

From his official website, Trevor sells his songs, tees, hoodies, and caps. A Vinyl costs around $30 while a tee and a hat also costs in the same range. In contrast, a hoodie costs $50.