Totally In Love! Rami Malek Passionately Kisses His Girlfriend and Gushes over her During her Acceptance Speech 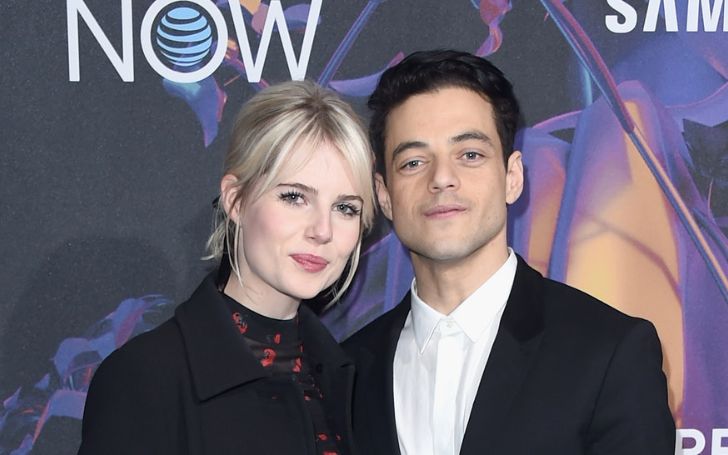 Rami Malek won the award for the Best Actor in the Leading Role in the 91st Edition of the Oscars. He won the prestigious Award for his role in the movie, Bohemian Rhapsody. But looks like he won something else more than that.

The actor while going to receive the award, passionately kisses his girlfriend Lucy Boynton. And that was not just a kiss but something else entirely as his the couple shared a kiss for more than just a second.

The Bohemian Rhapsody actor didn’t back off from sharing PDA with his girlfriend. While accepting his award, Rami couldn’t help but praise his girlfriend.

He said in the acceptance speech,

“Lucy, you’re the heart of this film. You are beyond immensely talented. You have captured my heart. Thank you so much.”

Not only his speech but the pair’s kiss all took away all the attention. It goes on to show, how much affection they share between them.

You can watch the full video here!

Lucy, who played the role of Rami’s partner in the film, Mary Austin. The couple first sparked rumors while filming for the movie and soon they made it official.

US Weekly first broke the news back in 2018 that the pair are dating.  At that time, a source close to the pair stated,

“He is so into her. He goes and visits her in London all the time.”