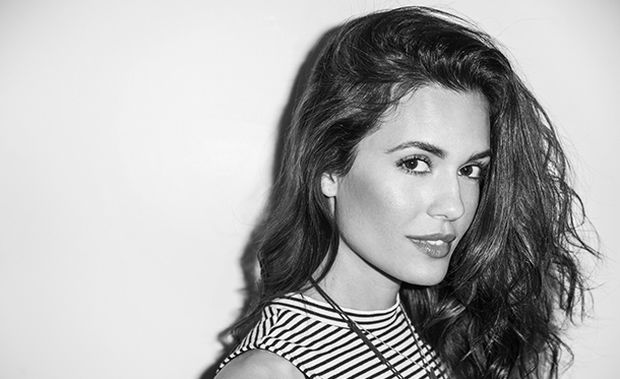 Torrey Devitto is an American actress who is famous for her roles on NBC’s “Chicago Med,” “Vampire Diaries,” “Pretty Little Liars,” and “One Tree Hill.” Beyond the TV screen, her talents and passions are just as impressive.

She is also a musician and former model signed to Avenue One modeling agencies and Ford. She is also involved in philanthropic work for PETA and The Humane Society.

Who was Torrey Devitto Husband?

Devitto previously married her now ex-husband, Paul Wesley, a Vampire Diaries star. The couple had a wedding in 2011 in a private ceremony in New York City. They were married for two years until they divorced in the year 2013.

Torrey parted ways with her then-husband, Paul, and decided to remain good friends. The representative of the pair stated:

“Paul and Torrey have decided to amicably split. They will continue to remain friends”

As per reports, the duo had also signed prenuptial, according to which their earnings remained separate. The two first met in the year 2007 on the sets of Killer Movie and dated for almost four years.

Does Torrey Devitto Have a Boyfriend After Her Divorce?

After a year of divorce from her husband, Torrey started dating her actor boyfriend named, Rick Glassman from the year 2014 to 2016. The reason behind their split was the long distance relationship. A source revealed:

“Her being in Chicago and him in L.A. put a strain on their relationship so they amicably split.”

Torrey even dated Dancing with the Stars pro Artem Chigvintsev from the year 2016 to 2017. They also made their red carpet debut at the Steve Irwin Gala in May 2016.

After dating two actors, Torrey was in the news when she confirmed that she was dating Chicago P.D. star, Jesse Lee Soffer in September 2018. As for now, Torrey is still dating her boyfriend Lee Soffer. In most of the interview, she always mentioned her boyfriend as best. She says,

”It’s great, we felt like we were out in the open. It’s really great. Everything’s going so well. I’m really happy, [the] happiest I’ve ever been.”

It looks like, the actress is having a good time with her boyfriend. Till the date, there are no such break-up rumors.

Devitto started her modeling career at the age of 15. She was signed to Avenue One modeling agencies and Ford. She made her screen debut with a small role in the television series Dawson’s Creek.

Torrey has appeared in many movies and television series like Scrubs, The King of Queens, Jack & Bobby, Beautiful People, Chicago Med, Chicago Fire, Chicago P.D., The Vampire Diaries, Killer Movie, Drake & Josh, Stalker, and many more. She also worked as a producer of the soundtrack. She is also an active philanthropist.

Torrey was born to her parents, Liberty Devitto and Mary Devitto in the year 1984 in Huntington, New York. She celebrates her birthday on 4th June, which makes her age 34.

As per Torrey’s wiki, her father, Liberty used to play drums for Billy Joel. During her childhood days, she used to spent a lot of time touring with her parents.

Devitto became interested in acting and modeling at an early age. She grew up with her older sister Devon, and two younger sisters. Devitto has an average height, which counts 5 feet 6 inches.