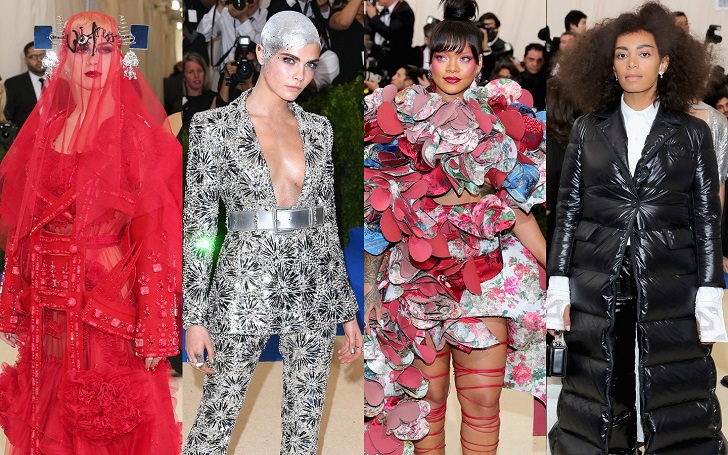 Met Gala this year became one of the hottest topics. The Red Carpet was full of celebrities with different fashionable styles. As this event is about Fashion, celebrities didn’t lose their guard and went right off to it. The year 2017 was special as it welcomed Rej Kawakubo/Comme des Garcons.

Who Are Top Five Celebrities Who Wore Best Dress in Met Gala?

Met Gala is the event that sets dress code. The nude attire was the dress code back in 2015, while in this year it was avant-garde. This was pretty new and the organizers weren’t satisfied with the decision. But things turned out good.

Here we have compiled the best dress picks in this year Met Gala event!

One who always respect music and a popular diva, Rihanna pleasured our eyes with the dress she wore in the event. With the Commes des Garcons dress, Rihanna managed to be in the first place. The jewelry she wore was designed by DVANI jewelry.

The star, Zendaya came third on this list as she wore a pretty dress. She chose full ball skirt, orange colored mostly with red bird dotted. She chose Dolce and Gabanna print and jewelry from Forevermark. Let’s not forget that her hairstyle also was amazing.

Lily chose Giambattista Valli Haute Couture for makeups and dress. Although her dress looks simple, it signifies the dark side of a person.

The fifth position is secured by supermodel and diva, Gigi Hadid, surely not the last position as we chose just to mention top five here. She chose a dress designed by Tom Hilfiger. It totally looked like a hybrid dress made out of gown and coat.