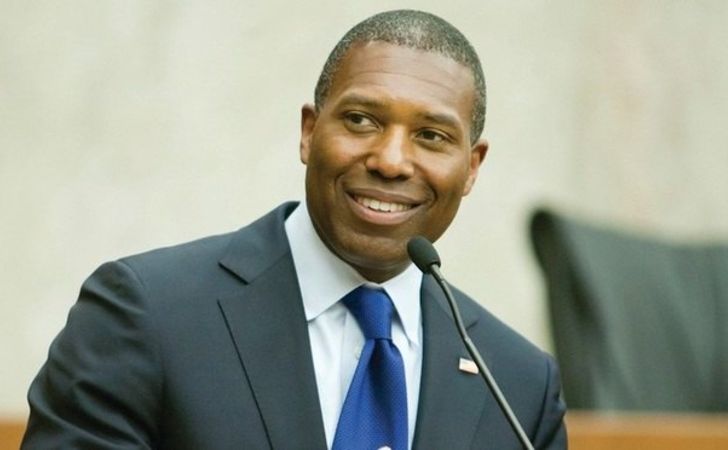 The profession of a lawyer might not be the most glamorous one, but is an integral one for the prosperity of the country. Derek Anthony West, famous as Tony West, is the perfect example of that as he serves as the Chief Legal Officer of Uber. He looks at all the legal, security, compliance, and ethics functions of the multi-national company. Prior to that, he was the Associate Attorney General of the United States and the General Counsel of PepsiCo. So, today we bring you close to the personal life, net worth, and early life of the former US Associate Attorney General.

While Tony West’s professional endeavors are transparent, the Uber’s Chief Legal Officer prefers to keep a low-profile of his love life. Despite that, he failed to hide the fact that he is a married man. Interestingly, she shares his personal life with MSNBC political analyst and lawyer wife, Maya Harris. The love birds made the big decision to tie the knot in July 1998 in an intimate wedding ceremony.

The love story of the Uber’s legal officer and his wife couldn’t be more perfect considering how they both met in the class of 1992 at Stanford Law School. Surprisingly, they remained friends initially and didn’t date until after completing their graduation. What remains exciting is how the lawyer’s wife had a daughter, Meena Harris, from a past relationship. Tony’s stepdaughter completed his graduation from Stanford in 2006 and from Harvard Law School in 2012.

When it comes to financial sufficiency, Tony West has absolutely nothing to worry about, thanks to his widely successful career as a lawyer. During the presidency of Barack Obama, he served as the US Assistant Attorney General for the Civil Division from April 2009 to March 2012, before getting promoted to the position of Associate Attorney General. Apart from that, he was the General Counsel of the multi-billion worthy company, PepsiCo.

Tony West is currently the Chief Legal Officer of Uber, which pays him a hefty sum of salary. Specifically, the lawyer gathers a staggering net worth of $9.57 million as of August 2020. Apart from regular wages, he owns over 2,000 units of Uber Technologies stock that is around $9 million. In fact, he sold shares worth over $122,220 in the span of the last five years.

While West became the assistant Attorney general, he helped secure around $37 billion for the American consumers and investors that became the victims from the crisis earlier on. In addition to that, he also secured a $16.65 billion settlement with Bank of America, making it the largest settlement with a single firm in the rich American history.

Highly Recommended: Know the net worth and career of dancer Avery Trask.