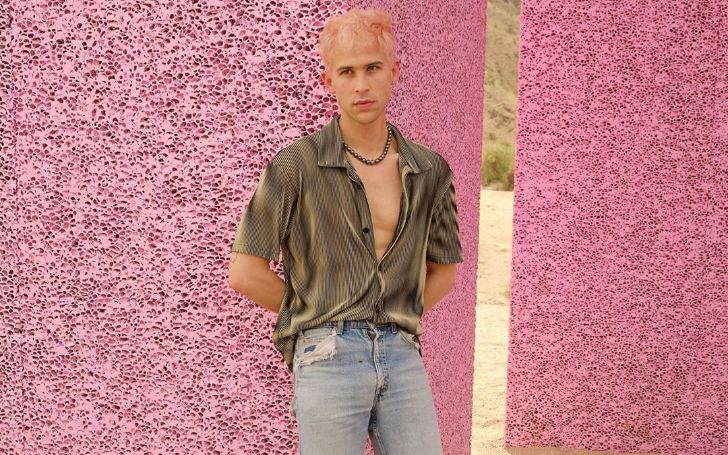 If you follow the American television industry, then you must be familiar with Netflix’s show, 13 Reasons Why. Today, we are going to give you the personal details of a juvenile actor from the show, Tommy Dorfman, the guy who portrayed Ryan Shaver.

While many of us might relate to Dorfman’s’ role from Hannah Baker’s suicide show, there is a whole lot, many works into the portfolio of the aspiring actor. So, without wasting much time, let us look at the journey of Tommy Dorfman from a close perspective.

The i-Witness actress took a tough decision to announce the public that they were gay. During their teenage, they fell in love with a younger guy from high school, which let them know about their orientation. Interestingly, they even dated girls in high school, but somehow it didn’t work out.

It wasn’t easy for Dorfman while growing up. Previously, the actor used to wear girly clothes, but fellow students and senior bullied him for it. Thus, after spending pretty much of time, they held their breath to announce their sexuality proudly supporting the LGBTQ community.

The multi-talented star announced themself as non-binary in June 2018. Likewise, in 2019, Dorfman’s gender pronoun is ‘they.’

The 13 Reasons Why actor, Tommy Dorfman is a married person. They found their husband in Peter Zurkuhlen, who is behind the success and peaceful life of the young actor today. They dated for quite sometime before committing themselves into a marriage.

The lovely duo engaged in April 2015. Likewise, after some fancy preparations, the two married in Portland, Maine, on November 12, 2016. Thus, the couple is blissfully together as they’ve already completed their third marriage anniversary.

YouTube: Tommy Dorfman talks about how 13 Reasons Why is important to them.

Dorfman met their husband Peter, also a food and tech consultant, at a lovely party in November 2012. As soon as they met, they struck a strong bonding and connection, which led them to book future dates. Today, they reside in a beautiful apartment in New York City.

Dorfman Popular From 13 Reasons Why

The 27-year-old Tommy Dorfman got their breakthrough after featuring in American teen drama, 13 Reasons Why. They portrayed the role of Ryan Shaver in about 18 episodes of the award-winning thriller.

The versatile actor played an influential role which led to the death of the lead character. Similarly, they played the show alongside Alisha Boe, Katherine Langford, and Dylan Minnette.

The non-binary star, Tommy Dorfman, got more famous when they starred in the theatrical play, Daddy. The New Group and Vineyard Theatre announced their cast with Dorfman, Hari Nef, and Ronald Peet in Daddy.

The Broadway show had an official opening night on March 5, 2019. Impressively, the theatres were housefull in most of the Daddy shows.

How Much is Tommy Dorfman’s Net Worth?

The actor from Daddy, Tommy Dorfman, accumulates a staggering net worth of $1 million as of 2019. The primary source of their income is none other than their glamorous acting career. Their annual salary is surely over $50 thousand, the average earning of a actor in the States.

Dorfman, surprisingly debuted at the mere age of 17 in a short film, Foreign Exchange. Gradually, they started to become a household name by appearing in Jane the Virgin, American Princess, and i-Witness.