Who is actor Tom Felton’s current girlfriend after dating so many women? Get to know more about his age, net worth through his bio! 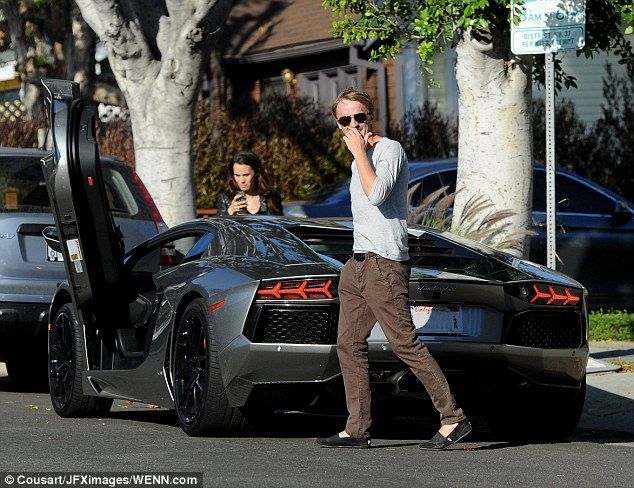 Celebrities do have many relationships until they find the perfect one, so does Tom Felton who prefers to date until he finds his perfect partner.

Tom has quite a long list of relationships in his journey to find his perfect love. Tom Felton’ girlfriend is a mystery now as he has not been so vocal regarding his current relationship.

His fans might be wondering if he has found his partner or still searching. Let’s find out about his relationship and his dating history along with details of his net worth and his wiki-bio.

Tom Felton spotted with a new girl; Might be his girlfriend!

Tom Felton has a long dating history having four relationships in the past. Currently, he is single i.e. neither he has engaged nor married yet.

However, according to sources, Tom was spotted with a new girl in the month of June 2017. The rumored couple was all smiles as they were having quality time and enjoying skateboard ride in Vancouver, Canada.

Though the pair seems to be the ‘It Couple’ it is yet to be confirmed. There’s no confirmation to whether the girl is his girlfriend or not.

Is Tom Felton married, let’s take a look at his dating list!

Tom Felton’s fourth girlfriend whom he dated from 2008 to 2016, and has been in a relationship with her for seven years is Jade Olivia. She had made an appearance at the end of Harry Potter and the Deathly Hallows: Part 2 as the character role of Draco Malfoy’s wife, Astoria Malfoy. She is also a British Assistant Director.

During an interview, Tom said that his girlfriend Jade was his best friend,

“Having someone who truly understands you, where you don’t have to sugar-coat things and where most conversations can be held with just a look, is rare.”

Also when asked by the cosmopolitan magazine about how he and Jade first met, he said,

“Jade’s the stunt coordinator’s assistant on Harry Potter. She’s sweet and a fragile girl amongst these huge men, which is bizarre. She bosses them around-she’s demanding but in a sweet way. I like that.”

The magazine asked if he thinks love, at first sight, is just lust disguise, he replied,

“The Slytherin boys and I used to play a game called Fit Extras. Then one day there was a stunning brunette with bright eyes who was looking at us. I didn’t do anything about it but it was, in fact, Jade.

She was an extra for one day, then for two years we didn’t speak. That moment was more lust than love but it grew into love, so I’d say there’s a thin line between the two.”

Tom updated that he doesn’t like questions or comment about Jade published publicly. He also told to contact him privately if someone wants to know about him and Jade.

However, sources claim them to be still good friends. Tom’ break up with Jade made many of their fans upset but now the couple has moved on in their lives.

Tom has confirmed it to us. They are both happy and are still friends – Lori

The relentless passion of Claire Mccarthy on set of Ophelia was always a joy to work with. Celebrating female film directors day x #femalefilmmakerfriday #opheliamovie

He was in a relationship with his former girlfriend, Melissa Tamschik. They dated each other for three years (2004-2007).

Emma and Melissa aren’t the only ones he has dated, besides them, Tom Felton dated actress Phoebe Tonkin from 2006 to 2008. She is a model as well as an actor.

Thank you @Acura & @rawtrails for getting my mum & I round Sundance in style, safety and comfort #AcuraPartner

Tom dated Emma Watson from 2003 to 2005. While filming the 1st and the 2nd Harry Potter movies, Emma admitted that she had a crush on Tom, although they stated that nothing happened between them.

Must Read: Phoebe Tonkin and Paul Wesley Were Spotted Together, Are They Dating Again?

Looking at the love affair of Tom Felton, he has had a lot of dating affairs in the past, but none of his girlfriends got engaged to him. But we would like to see Tom having a serious relationship now after his breakup with Jade.

Also, many of his fans would like to see Tom marrying. So, we hope he marries soon. Hope he turns his new girlfriend as wife in near future.

English actor Thomas Andrew Felton, 31, popular as ‘Tom’ was born on 22 September 1987 in Epsom. He was born to Sharon and Peter Felton and has three brothers: Ashley Felton, Jonathan Felton, and Chris Felton. From the age of eight, he began to appear in commercials.

He had made his debut in the movies like The Borrowers (1997), Anna and the King (1999). He came into the spotlight for his role as Draco Malfoy in all the Harry Potter series.

Tom Felton built his net worth as an actor and singer. Tom Felton net worth is estimated at around $35 million.

Tom has performed in various movies and has played minor roles too. Through his career and singing, he earns a lot of money that adds to his net worth.