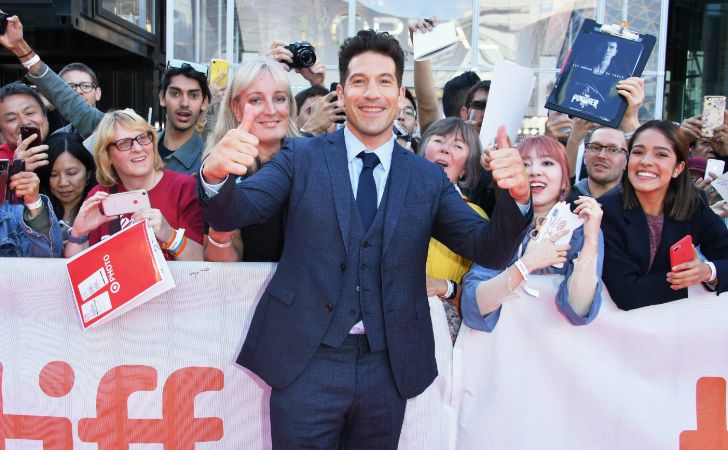 In the feminine twenty-first generation, it’s no surprise that men get recognition from thier marital bond with a successful diva. Tom Bernthal is the man of the hour as he is engaged to Facebook’s CEO, Sheryl Sandberg.

Tom Bernthal, although not as popular as his fiancee, is quite successful in his respective business career. So, today we take you close to the personal life and engagement of Tom Bernthal.

Yes, you read it right. Tom Bernthal is all set to marry the love of his life, the Facebook COO Sheryl Sandberg. It was the diva who dropped the mic on her Instagram with the caption ‘Engaged.’

The lowkey businessman popped the question following their hike and picnic lunch in Vermejo Park Ranch on 2 February 2020. Furthermore, he went down on one knee with a beautiful ring. Specifically, the ring featured five tiny diamonds that represent each of their five children.

You are my everything. I could not love you more.

The wedding date isn’t confirmed yet, but the fans are increasingly excited for them to tie the knot.

Tom Bernthal, however, wasn’t her first love since she previously tied the knot with Dave Goldberg. She went through heartbreak as her ex-husband died in 2015. Interestingly, it was Goldberg’s brother who introduced Bernthal and Sandberg.

Sheryl’s first marriage happened in 1993 to Brian Kraff, which didn’t work out. Her second marriage took place in 2004 with Dave, who died in May 2015 at a resort in Mexico.

You may also like: How much did Juliette Goglia earn from the Showbiz industry?

The millionaire investor will also take care of Bernthal’s two children from her earlier marriage. Besides, he has three kids from his past affairs. The duo will keep their kids as their top priority as they spend the rest of their lives together.

The Facebook executive also dated Robert Botick shortly after the death of her second husband. They broke up in May 2019.

The engaged duo of Tom Bernthal and Sheryl Sandberg share similar interests in the concepts of philanthropy and charity.

Also See: Who is Elaine Andriejanssen married to?

Surprisingly, the two, along with their children, went on a summer trip to the Middle East for the same reason. Mainly, they visited a refugee camp in Lesbos, Greece, and pledged a $2.5 million donation to IsraAID.

You would be quite surprised, but Tom Bernthal used to work as a journalist before entering into the corporate field. Previously, he served as a producer at NBC News from 1996 to 2002.

He demonstrated his talents in various shows like Today, Nightly News, and Deadline.

Throughout his tenure at the NBC news, he bagged three Emmy Awards to create an impressive job portfolio.

How Much is Tom Bernthal’s Net Worth?

Tom Bernthal, as the founder of Kelton Global, is a millionaire. Specifically, he owns a staggering net worth of $5 million as of 2020. The 46-year-old lives a lavish lifestyle thanks to his enormous net worth figure.

Recommended: Just how did Leslie Easterbrook collect over a million dollars?

On the other hand, his fiancee Sheryl Sandberg accumulates far more than him. As the CEO of Facebook, he amasses a whopping net worth of $1.6 billion as of 2020.