Is TK kravitz Dating? Get to know TK Kravitz’s Married Life, Wife, Net Worth and Career 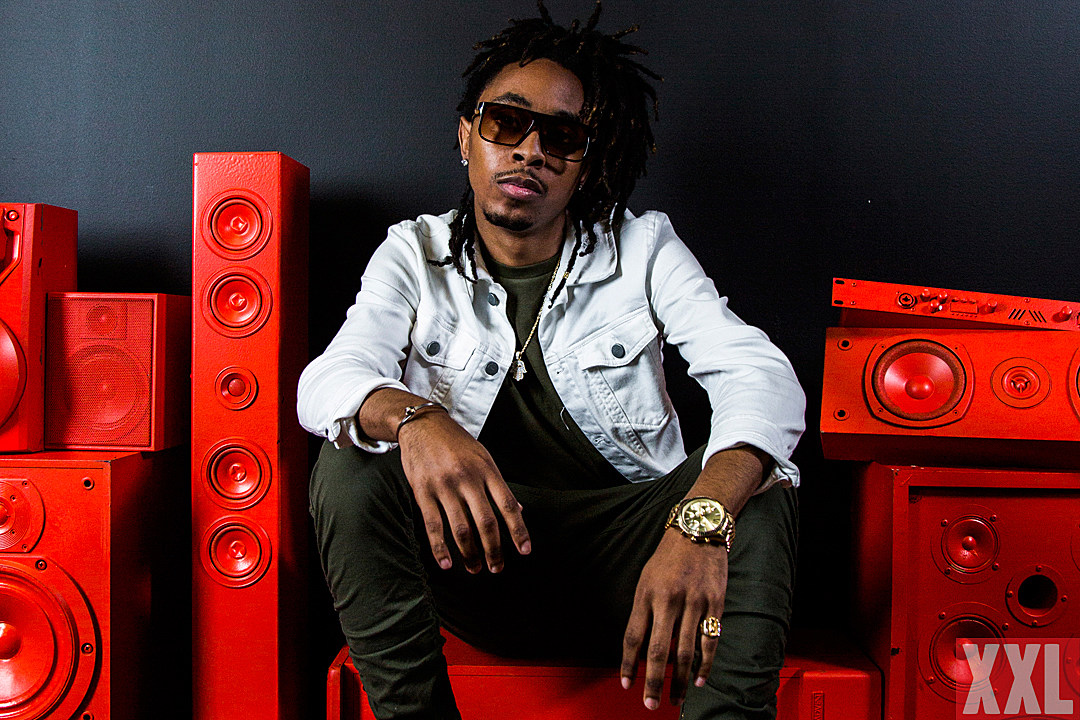 Tevin Thompson, known by a stage name Tk Kravitz is an Atlanta based rapper and songwriter. He is mostly renowned for his songwriting glitches with Flo Rida, Trey Songz, Kevin Gates, Juicy J, Meek Mill and many more.  Kravitz’s songs have successfully traveled along big names albums and Grammy Awards.

With a former duo Tk-N-Ca$h, Kravitz earned performer and networker tag. In 2016, they disbanded and headed for a solitary career. His recent hit single Space featuring sexton garnered positive reception from audiences as well as critics. Starting out from the bottom of former duo really matched his talent in the sole platform.

Is the talented rapper has eyes on someone? In other words, is he dating anyone from the studio or too busy collecting attention from new single Ocean featuring Jacques? Let’s find out dating life of Tk Kravitz, his children, career and net worth here;

Who Is Kravitz Son? All About Tk Kravitz Married Relationship

The confident rapper has a son. He often posts their enticing pose on Instagram and often names him Baby Kravitz. He chooses to spend time with his baby boy as he posted a memorable day of making the snowman, leaving studio worktables.

Moreover, he thanked his son when his record top notched the rankings with a caption;

“I’m Not satisfied But I’m So Thankful!! I Got my 1st top 10 record this year! Went on My 1st tour! But most of all I’m thankful for you Baby Kravitz !
#kravitzgang”

Someone Tell My people im not coming To the studio Today im Busy Building Snow Mans & Stuff with this cool Guy on his 1st Snowday❄😎#BabyKravitz #kravitzgang🏁 2.0otw

Though he has a son, he has not tied the knot yet. Similarly, he has cleverly concealed his dating life from Media. Thus, Kravitz does not document any of his dating histories. Furthermore, the mother of baby Kravitz is not disclosed to Media either.

Tk Kravitz Net Worth and Career; How much is he Worth?

Born in Georgia, Kravitz made his own name in the emerging rapping era. He consciously blends southern rap and contemporary rhythm and blues. Hence, music hipster notices rapper Kravitz for incorporating music contents of romantic involvements, money, empowerment, and sex.

At the teenage, Kravitz formed a band with fellow rappers called TK-N-Ca$h. After few years of working along with them, he hit for a solo debut TK Kravitz in 2016. The mixtape of his first mixtape featured Ty Dolla $ign, Blac Youngsta, Dej Loaf, YFN Lucci and Famous Dex. As he triumphed in making his own brand, TK Kravitz 2.0 kicked off consecutive hits.

Now, Kravitz is all about a craze for top record labels, producers. He smashed the solo projects, catching attention from the high-level production company and popular singers.

According to all the earning he made from his career, we can say his net worth is around $2 million.

Tk Kravitz as a Solo Artist

It all began in the year 2016 when he worked on the solo project in the studio. He put out his self on a studio and made a big name in music industry stopping by awards premises and music label 300 Entertainment.

You May Also Like: Offset Reveals His New Solo Album Release Date With His Partner Cardi B Giving Birth Footage as a Promo

It featured famous artists like Zoey Dallas, Rich The Kid, Ty Dolla, Dej Loaf and many more. As a result, more than 2 million views garnered up within two weeks of solo release.

Kravitz cited during his launch as a solo artist;

“We started that TK-N-Ca$h brand at the age of 15, 16 years old and I’m talking to you as a 24-year-old man now. So it’s just natural to grow and that’s something I had to do. But I’ve always moved as my own individual, you know what I’m saying? Like in the studio, I always follow my mind, my first instinct, so the transition wasn’t hard at all.”

Up brought in military family, he moved to different places every three years. He has been to Hawaii, California, Panama, and Seattle. He reveals that he is originally from Augusta Ga.

Being in varied places, he is proud of grasping their cultural and musical diversities. He was inclined to music making since early childhood. One day, he would listen to CD of Lauryn Hill, Big, ’Pac and another day that would change into Green day rock and rolls. He admits that he gets inspiration from diversified music.