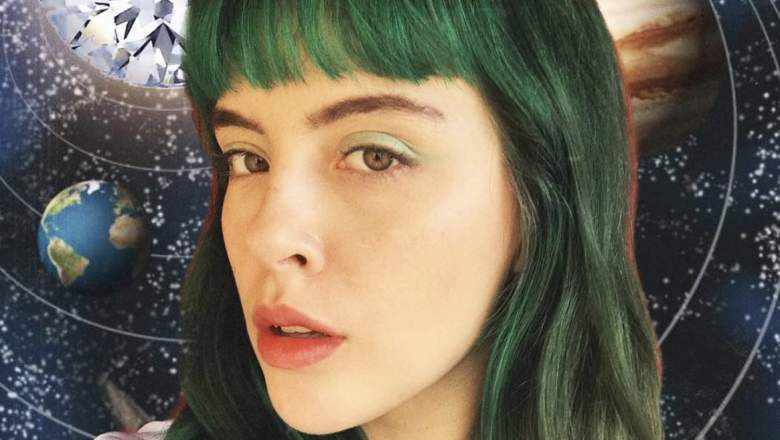 Do you remember the controversy of Timothy Heller and Melanie Martinez?

Back in December 2017, the internet went on a rant over the sexual assault case of American singer Timothy Heller. Heller posted a lengthy statement on Twitter accusing her fellow singer and former friend Melanie Martinez of sexual violence. She alleged Melanie for forcefully assaulting and raping her while Melanie denied her statements through two posts on Twitter.

Many people bantered Heller for being a crybaby. However, her followers stood by her side and supported her for justice.

Who is Timothy Heller?

Born in 1992, Timothy Heller is a singer and songwriter from Portland, Oregon. She is famous for her solo debut Sleep that YouTube took down at first due to copyright issues. Recently, her second single See Yaa came out.

When I wrote this story about my assault, I initially wasn’t going to make the abuser. But I think it’s important for you all to know this is about Melanie Martinez pic.twitter.com/4PQ5oNI2s9

However, Timothy came to the limelight after she created a series of unfolding drama about sexual assault. In December 2017, she went on for a social media battle after accusing her ex-best friend, Melanie Martinez, of sexually assaulting her.

Heller claimed that the Voice alum Melanie had frequently asked her for sex which Heller declined until one night. She stated that Melanie started touching her against her consent and eventually overpowered her. She even told that Melanie executed oral sex on her and penetrated her using a sex toy.

“The power she had over me, grew into me having a very hard time saying no to her… one night during a sleepover, she became increasingly interested in my sexual preference.”

On the other hand, Melanie Martinez didn’t contradict about having sex but denied the accusations of sexually assaulting her former friend. According to Melanie, Heller approved her to do the thing together.

Yesterday was our 3 year anniversary and I love Mikey so much I could scream! When I met him we were “just friends” but I couldn’t get him off my mind literally for years no matter hard I tried to convince myself otherwise. In some weird psychic way he was in my dreams almost every night, even when I thought I was over it. I’d cry thinking that I missed my chance and I’d never end up with him, thinking I lost the love of my life. The universe shifted and allowed us to finally get together and now I feel stupid that we waited so long. He visited me on Halloween 3 years ago before he even lived in LA and kept almost drunkenly telling me that he loved me before we were even dating. The next morning we were pissed that he didn’t live in LA and like ugh I wish we could DATE and then decided right there that we weren’t gonna wait any longer. Then he casually drove cross country alone to live with me. I love thinking about our love story because it’s truly the best thing that ever happened to me. I’ve never met someone so perfect for me, so easy to be in a relationship with, that I’ll never get tired of. He works with me and grows with me and supports me and believes in me. He is the sweetest nicest silliest boy in the world I’m truly obsessed. He never checks Instagram to see this shout out but ily Mikey!!!!

After the sexual assault allegation, speculations regarding Heller’s sexuality surfaced. However, in an interview, she records being straight admitting she is in a relationship with her boyfriend, Mikey. They are dating since 2015.

Speaking of Timothy Heller net worth, the singer has not created any blockbuster hits until now. Nevertheless, she has already established herself as an Instagram star having thousands of followers. Besides, she is also making money from numerous modeling contracts with multiple fashion brands. In 2018, Heller was one of the ambassadors for Adidas’ Finish Line Women.

At the age of 21, Heller formed a band named The indie-pop duo Dresses together with Jared Ryan Maldonado in 2013.  The duo released a studio album and two EPs. The song Sun Shy became a hit track gathering over 13 million plays on Spotify. In 2014, they performed the opening act of Melanie Martinez’s Dollhouse Tour. Their song Catch was featured on American series Vampire Diaries.

Get To Know More: Brooke Hogan Splits With Her Soon-To-Be Husband; Busy With A New Boyfriend?

Nevertheless, in 2016, the duo parted their ways to chase their solo. In October 2017, she released her solo debut single Sleep. After four months, its official video came out on February 23, 2018. In March 2018, she took over her Instagram to announce about her upcoming collaboration with Hailey Wait.

Timothy Heller’s real name is Timothy Lauren Heller. She celebrates her birthday on 17 August that makes her age 26.

Since the beginning of her childhood days, her interest in music developed. She was also a member of her high school band and musicals.

See More: Who Is Danica Roem?

Heller went to Sunset High School in Portland, Oregon. However, she hasn’t disclosed much information about her parents and family.