Tim Medvetz Wealth is in Millions; His Sources of Income 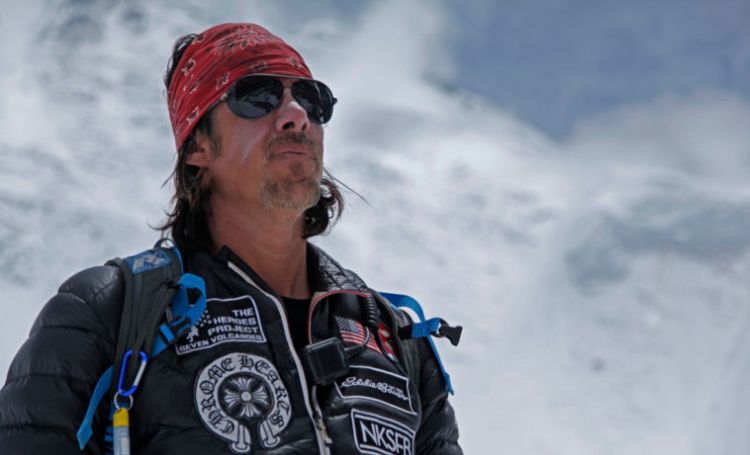 ‘Life is either a daring adventure or nothing’. Tim Wayne Medvetz lives by this quote and has made his life a memorable one to share with his grandchildren.

The multi-talented personality has created a lavishing lifestyle out of the adventure. Medvetz also equally devotes his efforts to create a change in the community and helps the needy people. So, how did this all pan out for the American? Let us look into his life with deeper insight!

The multi-talented athlete paved his path to success all these years and managed a staggering net worth of $5 million.

Without a doubt, he has a life full of diverse experiences. He is a mountaineer, scuba-diver, skydiver, a hang glider, an actor, and lastly, a social entrepreneur.

The 49-year old made a notable appearance on Discovery Channel‘s reality TV series Everest: Beyond the Limit from 2006 to 2009 alongside Russell Brice, Rob Baber, and Darius Vaiciulis.

Besides that, Medvetz has further four television credits with the documentaries like Sherpa (2015), 60 minutes (2015), and TV shows like After the Climb, and Spread TV. In addition to that, the skier also hosted NAT Geo‘s Wild.

A Rider Back in the Days

Tim Medvetz was a massive bike lover during the early 2000s and involved himself in the field. In 1998, he also started his own firm to design and remodel bikes at Los Angeles. Later, he used to design and make the branded Harley Davidson models, billion dollars company. The hardcore rider was a member of the popular Outlaw motorcycle club Hells Angels back in those days.

A youngster then, the rookie almost lost his life in a motorbike accident in 2001 due to overspeeding at 100 mph at Chatsworth street. He broke a finger, smashed five of his fingers and almost had his leg chopped. Luckily, he was not disabled for life and after a year-long rest, he was able to walk rightly again. The unfortunate event gave him an inspiration about his next massive project – The Heroes Project.

Following his serious accident, Tim thought about all those people who are injured and disabled in such circumstances and founded The Heroes Project. The project prepared and trained all the injured casualties for greater adventures and challenges creating certain hope and happiness in their life.

YouTube: A short life story of Tim Medvetz and his Heroes Project inspiring many.

The New Jersey-born mountaineer looks after all the activities and expeditions of the injured community and is the major part of the successful social venture. Likewise to this project, he also co-founded Wounded Warriors Hero project prior to it.

It seems quite likely that the Hells Angel member is currently single and focused on new adventures and career.