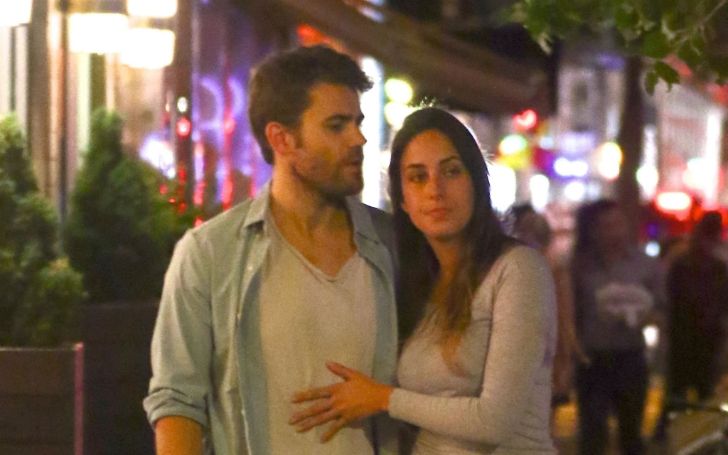 After much speculations about Paul Wesley’s relationship with girlfriend Ines de Ramon, news about him marrying her has surfaced.

The star walked around the West Village of New York City with his now-wife Ines on Friday, February 8, 2019. Both of them seemed to wear matching bands on their wedding fingers. Hence, the rumors!

Even though the pair has married, they are yet to make an official announcement and walk at a red carpet event together. News Outlets asked a representative to comment about their secret wedding, however, the media failed to get any comments whatsoever.

The two lovebirds dated since June 2018. Likewise, the first time they were spotted together was when they enjoyed a dinner date in NYC.

Paul Wesley has had a long list of dating affairs throughout his life. At first, he dated Marnette Patterson, James Verzino’s wife but the relationship only lasted for a year.

Following this, Wesley started dating Torrey DeVitto and, in April 2011, he married her. The Tell Me a Story actor and Pretty Little Liars star, however, announced their divorce on July 20, 2013, and put a full stop to their married life.

Prior to dating his current beau, Ines, Paul dated another actor, Phoebe Tonkin but his relationship with her also ended in October 2017.

Be that as it may, Paul Wesley is currently happy with his girlfriend turned wife Ines de Ramon. The two are like two peas in a pod as in they always appear together alongside events and red carpet shows.

Though Paul is a heartthrob to many, he was not immune to hate or dislike. Yes, you heard that right. Paul and Nina Dobrev, who were together in the TV series, The Vampire Diaries, despised each other during the beginning of the show. However, things changed later on as they ended up getting the closest they ever were. Once Dobrev stated,

It’s so funny how time changes everything because I never thought that He would be one of my best friends.

Congratulations to the couple for marrying!