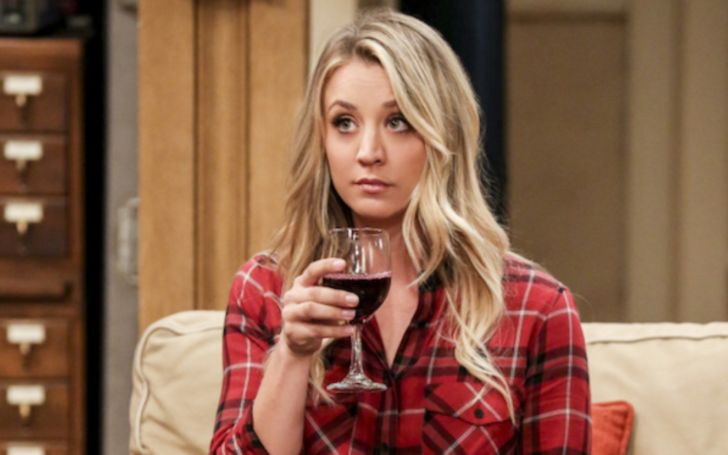 The Big Bang Theory‘s Star Kaley Cuoco discloses a surprise for the series’ fans which she had been cooking up since its debut season.

The actress, who plays Penny in the CBS sitcom, always fancied documenting her life’s experiences whether personal or professional on her socials. However, this time, the lady is taking her documentation to a much higher level.

Penny had been planning a secret project with her Polaroids she had been clicking since the Big Bang started in 2006. While talking to AOL, she revealed that she had somewhat 2000 Polaroids which she has been taking for over 13 years now.

AOL’s Gibson Johns suggested Penny to release a book out of her clicks and guess what she replied? She said that was already her plan.

You know what? That’s what I’m going to do.

I’ll wait about another year or two, but that’s the goal with the Polaroids. I think fans will love it. Maybe a cool coffee table book? I have pictures that are unbelievable, like behind-the-scenes from the pilot that are just incredible.

Cuoco and the other members of the series, Johnny Galecki, Jim Parsons, Mayim Bialik, Melissa Rauch, Kunal Nayyar, Simon Helberg, Wil Wheaton, and all others, are trying to be more aware of their surroundings and keeping every moment memorable this season.

It’s been 12 years and we’re all extreme basket cases right now. I still can’t believe the impack that the show has had on so many different people all over the world.

Leonard Hofstadter‘s wife further said the show had an unbelievable experience. She also uttered in dismay it would surely be devastating to wrap it all up. But, she also agrees it would be nice to move forward.

The final season of the American TV sitcom The Big Bang Theory premiered on CBS on September 24, 2018. At the moment, the show has seen 17 episodes so far, and, after a few, the show will come to a halt.

Also, have a look at, Final Set Flash Mob: Kaley Cuoco and Big Bang Theory Dance To the Backstreet Boys

Well, The Big Bang Theory has finally come to an end and now, the TBBT star Kaley Cuoco is set to start her new chapter in life as the DC Universe’s Harley Quinn. The series is set to start in autumn 2019 as it will have stars such as Alan Tudyk, Diedrich Bader, and Lake Bell.

Kaley Cuoco already spent 12 years on The Big Bang Theory surrounded by characters obsessed with the comic-book universe. In July 2019, you’ll see her becoming one of those characters. Cuoco added “Big Bang” geniuses Leonard, Howard, Sheldon, and Raj would be superfans of “Harley Quinn”.

Her latest adult animated  series premieres this fall of July on the DC Universe streaming service. In the series, Cuoco voices the crazy femme fatale portrayed by Margot Robbie in 2016‘s Suicide Squad. However, in the real world, she said the bond between “Big Bang” and “comic book” fans shall help bring an audience to the new show.